After tossing some ingredients in the crock pot for supper tonight and doing my few morning house chores, I hurried out to enjoy this glorious day. First on my list was to prune the grape vines. I usually wait a bit later but with the warm weather we are having, I decided now was probably a good time. 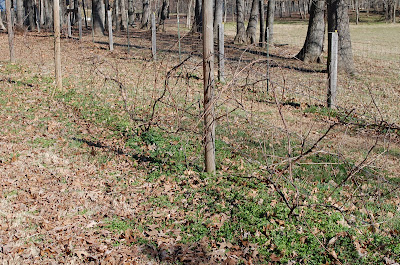 I weeded around the base of the vines. I need to mulch them with some pine needles, I had none and  I wasn't leaving today, so that was moved to a  later list. I also need to fertilize but with all the rabbits gone, I need to find a new fertilizer. I was a bit more aggressive than usual- let's hope not too much! 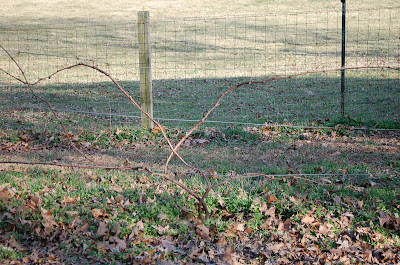 Then I wandered toward the garden where I pulled huge armloads of chickweed and tossed it to the sheep. 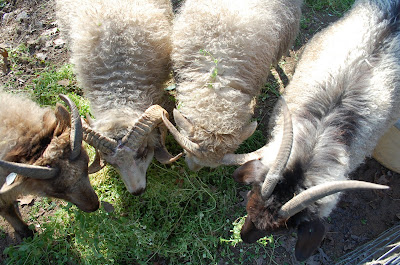 They enjoyed it immensely.
On to the barn. I move the stinky escape back to his pasture. He was VERY unhappy with me. 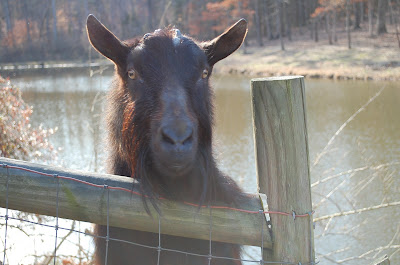 He wanted to be back with the ladies. 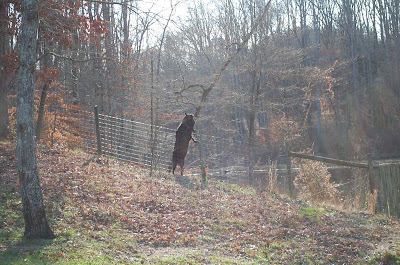 Now that he was out of the doe pasture I could put the young girls out with the older ones. After a bit of "she who reins", hierarchy was once again established and all was quiet. 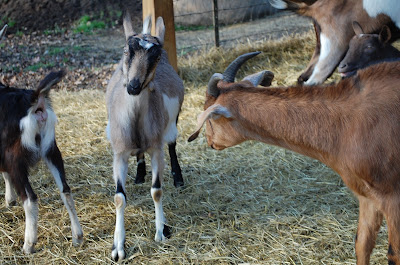 Feeding chores completed, I checked the crock pot and headed to my sister's to plant more seeds. The greenhouse was so warm only a t-shirt was needed. 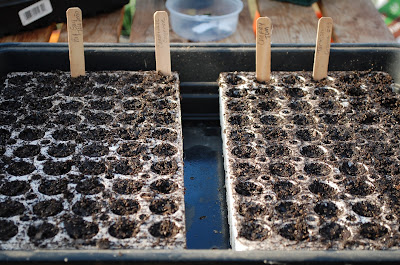 Today we planted more peppers, cherry tomatoes and the Turkish (orange)eggplant. We also planted a few flowers for the cutting garden. The tomatoes are doing great and the peppers from last week are jumping out of the ground. 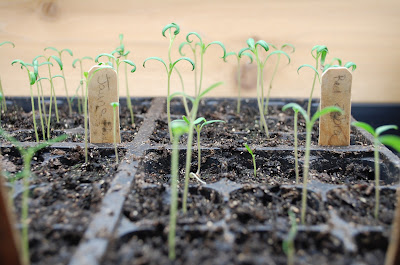 Lot's accomplished and lot's to do!
Posted by life on the homestead at 4:38 PM