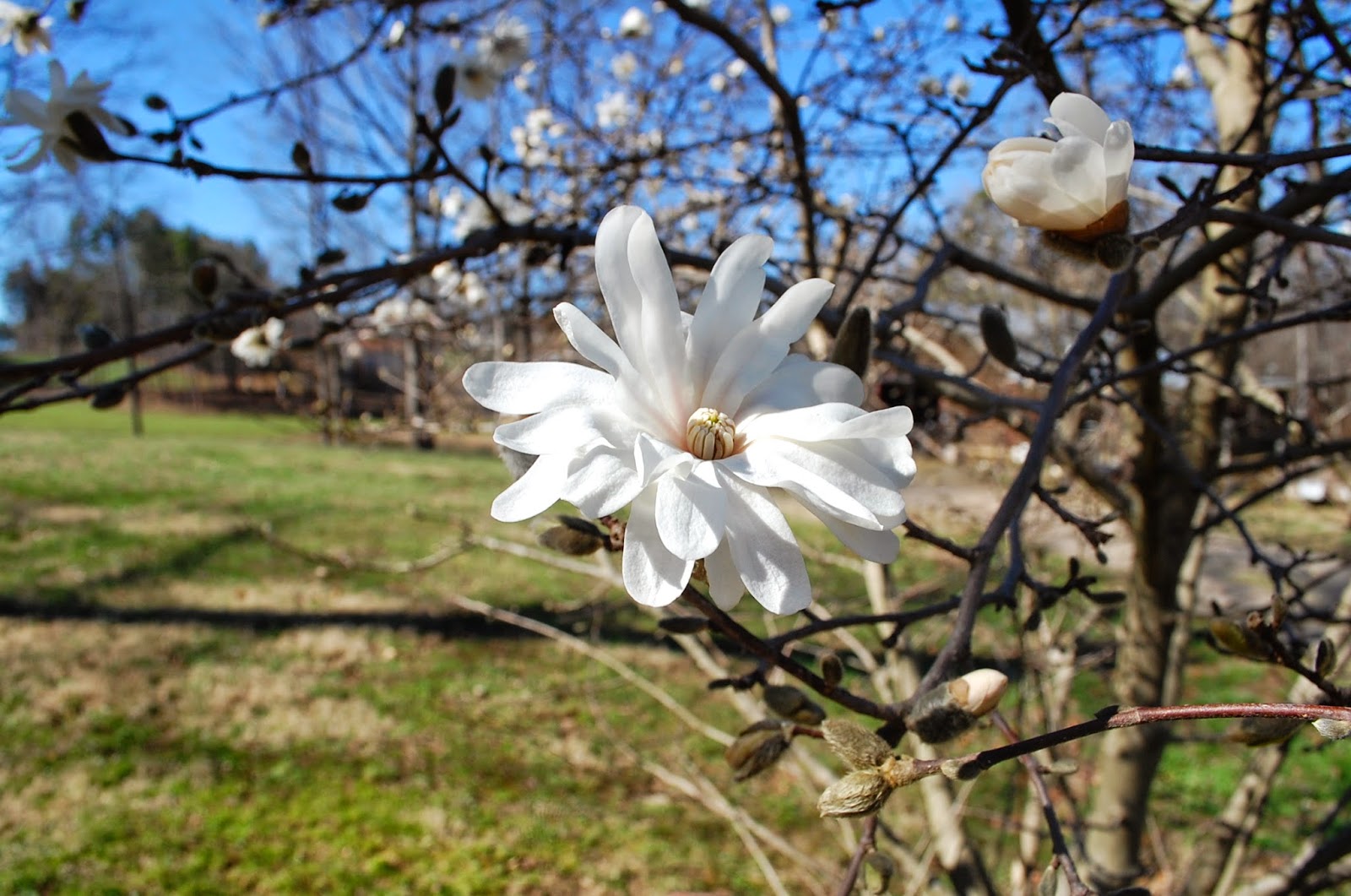 Last night the temperature dropped to a record breaking 25*. It looks a though the blueberries made in through.. 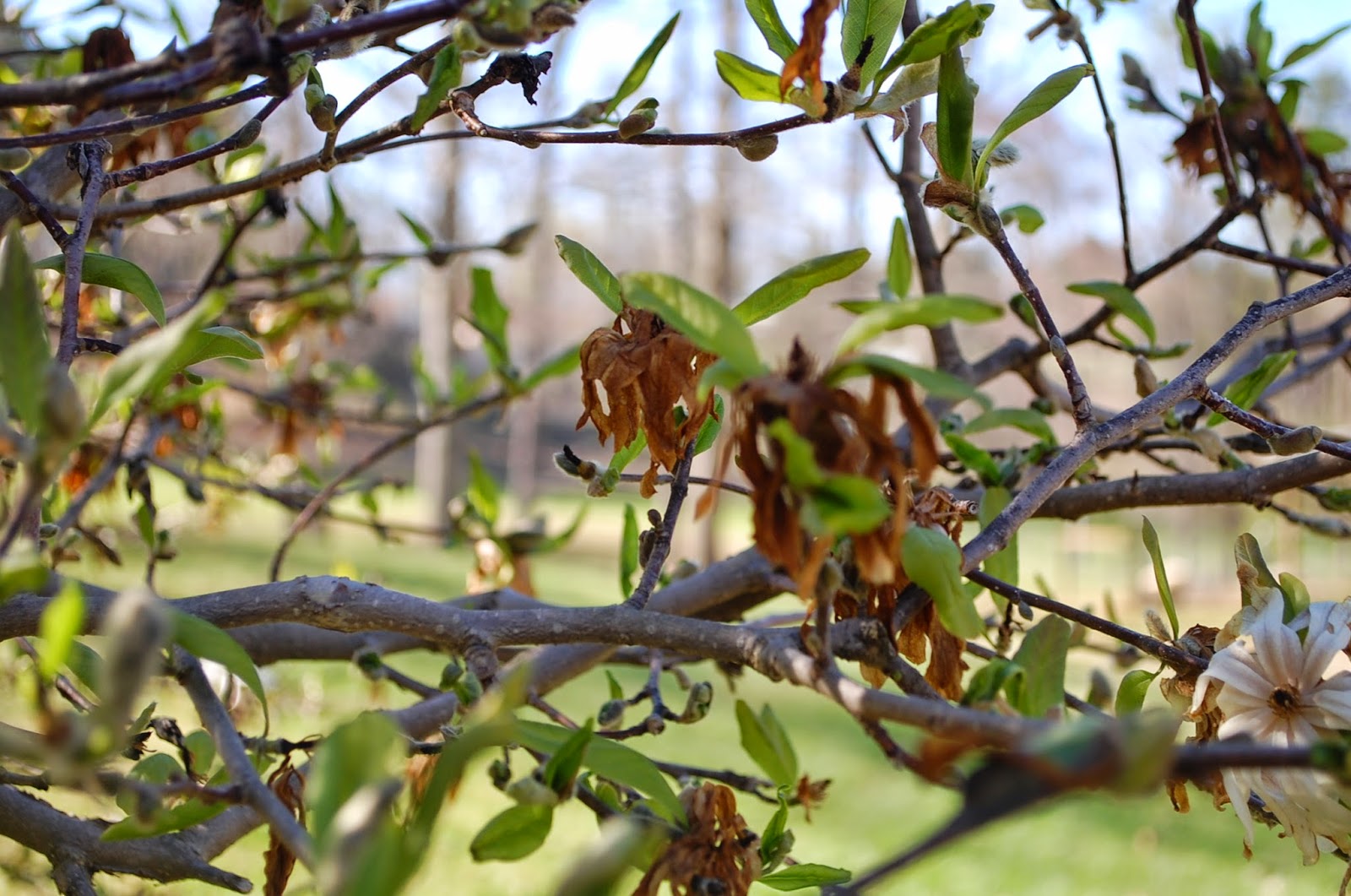 not so much the Star magnolia though..

Hopefully this was winter's last hoorah and Spring will be here to stay! 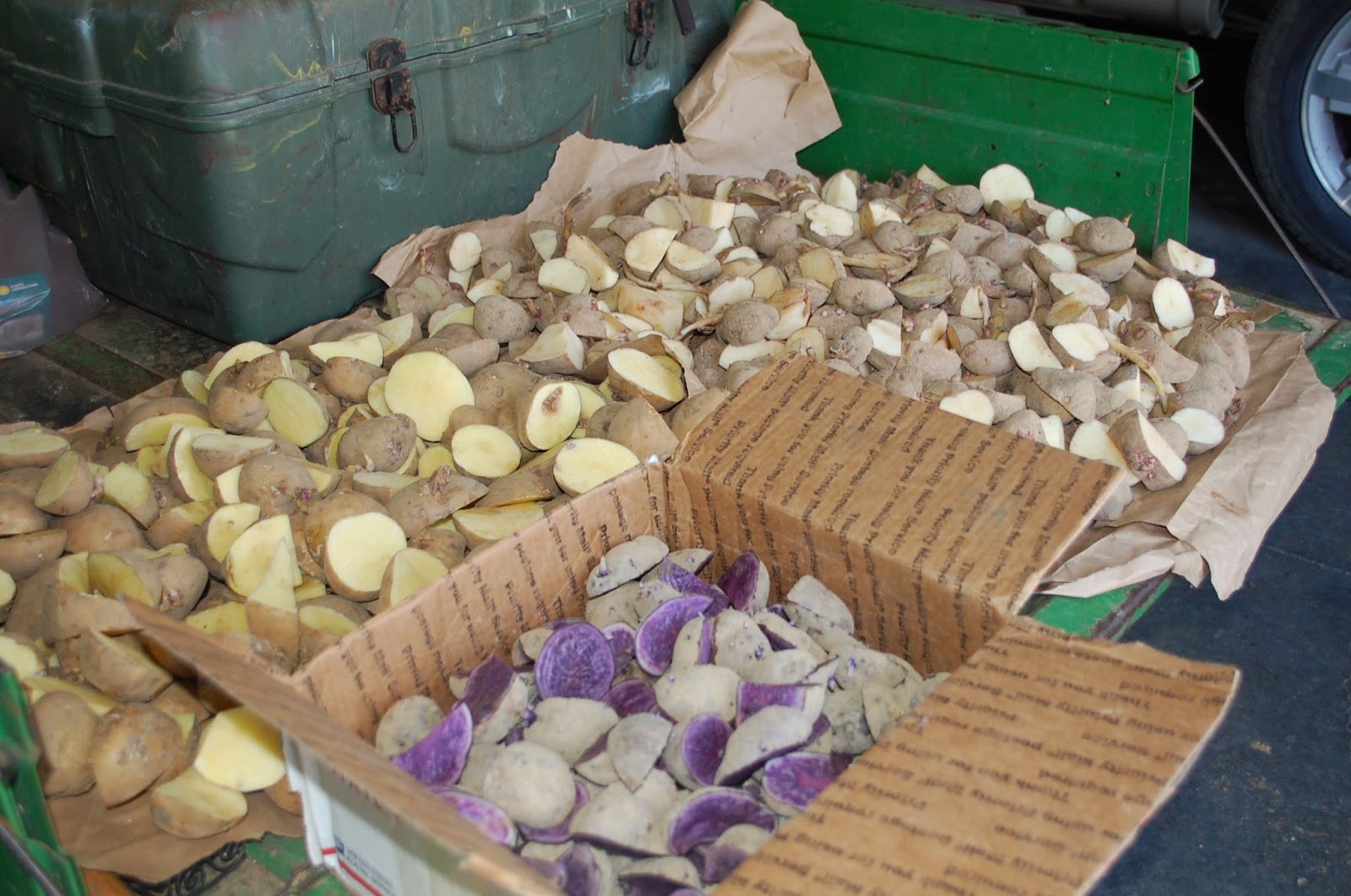 It's potato planting time and today I cut up 65 pounds of seed potatoes to dry a bit before going in the ground. Yukon Gold, Reds and All Blue purple potatoes will hopefully be planted tomorrow.
Posted by life on the homestead at 6:13 AM No comments: 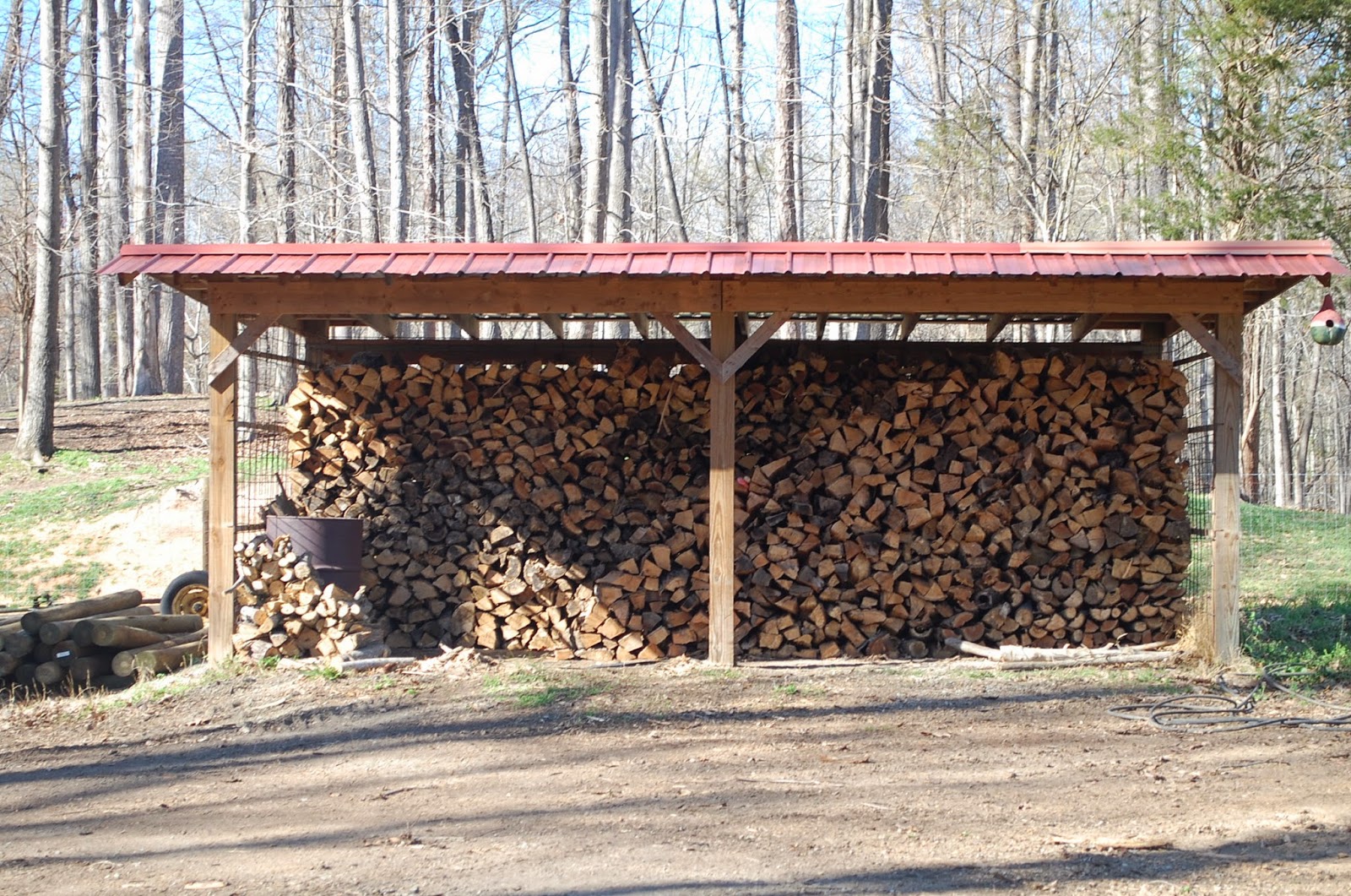 After baking and delivering bread, Ziva  and I had an early Schutzhund training session. Back home by lunch, it was time for farm chores. Today we finally finished the daunting pile of wood that has been stacked by the garden for most of the winter. Several hours of splitting and stacking wood and the wood shed was neat, tidy and ready for next winter. With this done I can finally put the row of blackberries and raspberries along the outer edge of the garden.
Not today though. Unfortunately we are going to be hit with a late record breaking deep freeze. So after all other chores were done, we started hauling plants in the garage that had just earlier this week enjoyed some 70* days. In addition to that, we wrapped the blueberry bushes, now in full bloom, with sheets, feed bags and row cover. It looked more like a bad Halloween decorating theme than a blueberry patch. Fingers crossed it's enough and we'll save the blooms. Tomorrow will tell...
Posted by life on the homestead at 5:35 AM No comments:

2015 Kidding Season Is Over 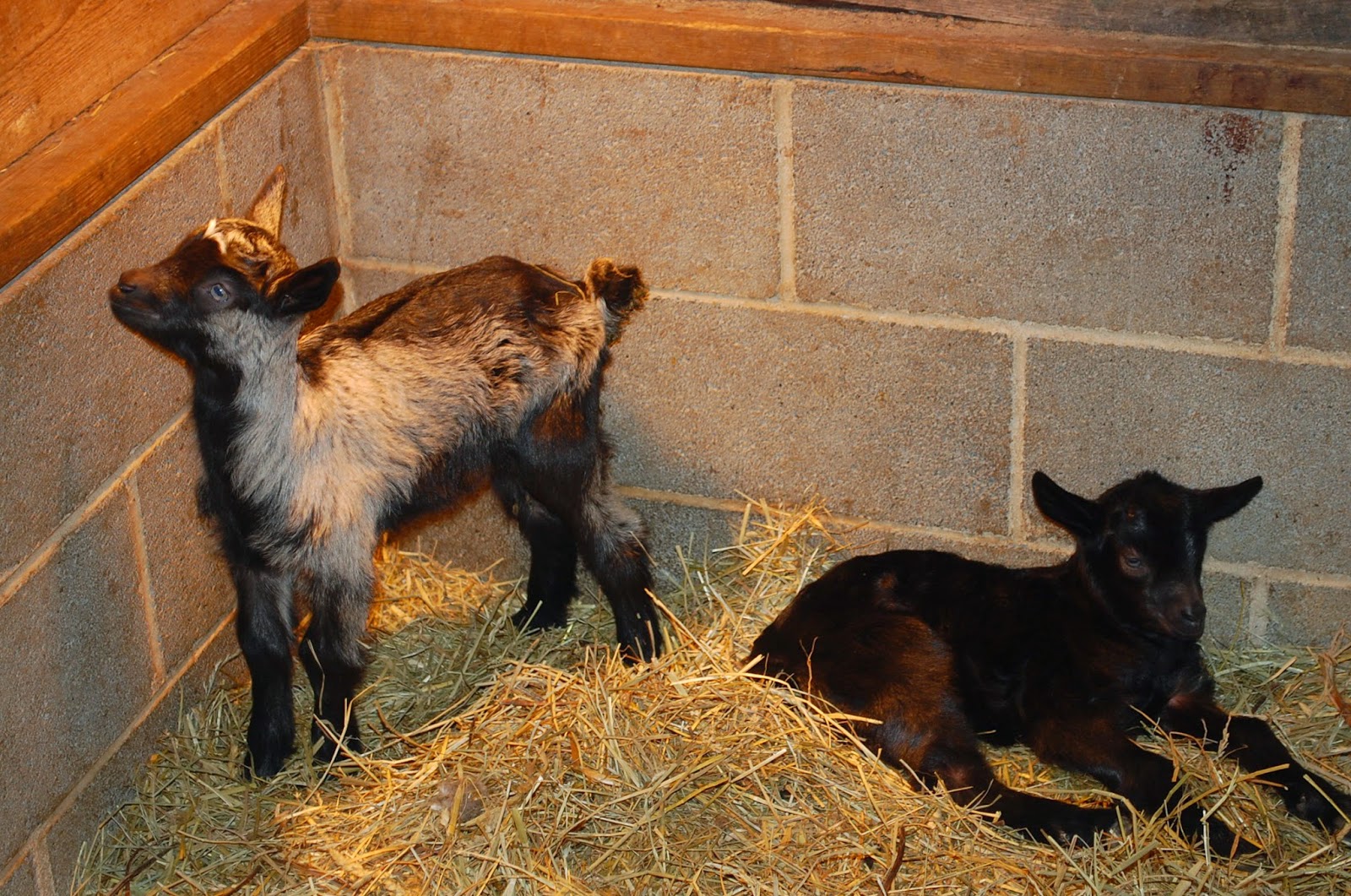 The last week had brought two more sets of twins. The last of the alpine goats kidded and that marks the end of kidding season for us. A total of 12 kids born this year 6 does, 6 bucks. Sadly we lost one little doe the night she was born however, all the others are flourishing and soon I will be milking daily. As of now I have been stealing just enough to make soap! 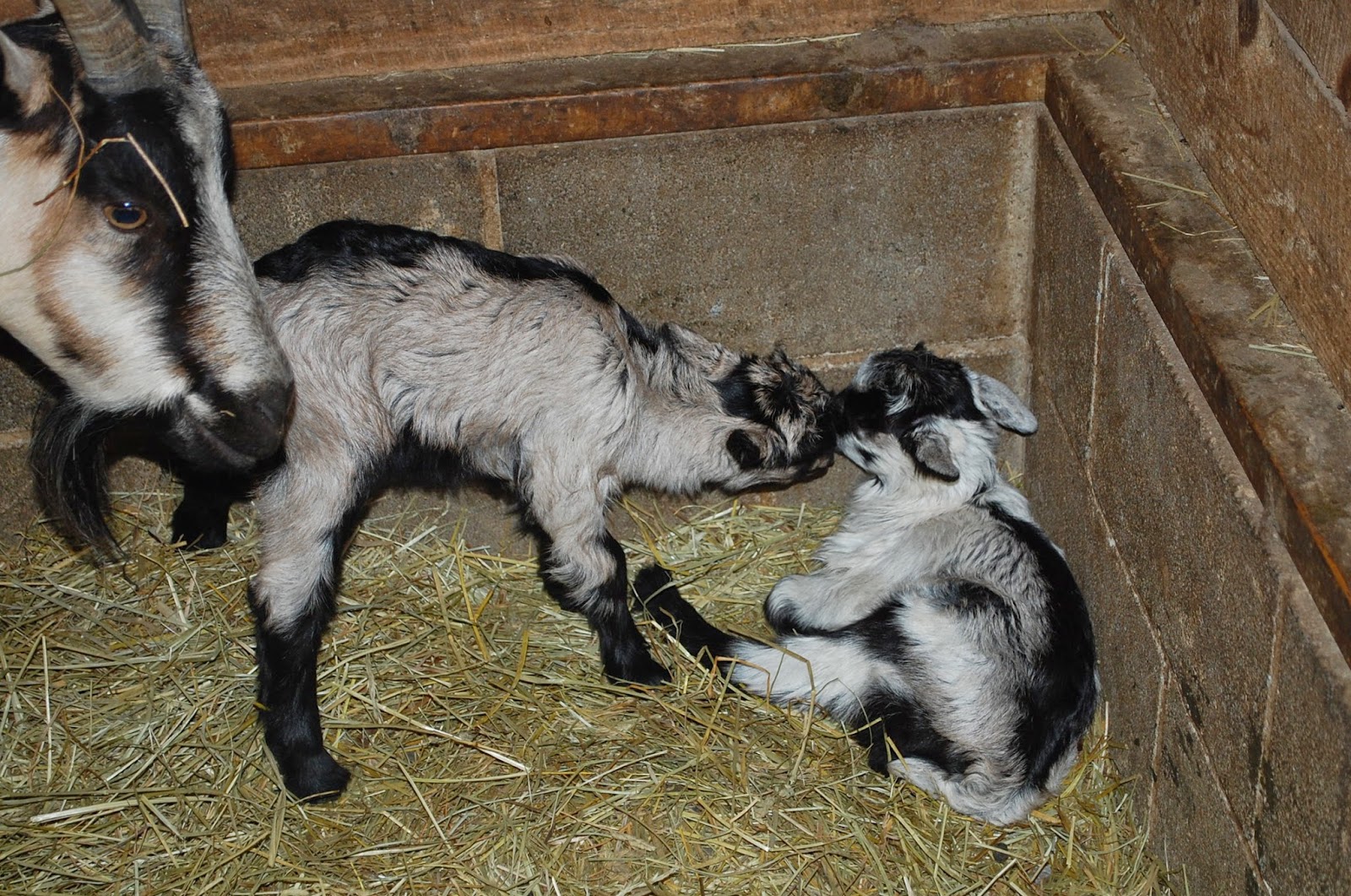 Posted by life on the homestead at 2:34 PM No comments:

Today is the first day of Spring. It dawned cloudy and cold. Though here on the homestead it isn't the calender that tells me this, it is the arrival of the meat chicks. Yes the call came early. I hurried over to get them and put them in the warmth of the brooders that were plugged up and waiting.They were a day late in arriving so I wanted to get them settled with food and water as soon as possible. However, when I got to the barn one of the brooders was dark and cold. Seems some switch went out overnight. Thank God they were a day late!! That could have been quite catastrophic. 45 minutes later I had it working again with a back up light just in case. I double insulated the brooder with feed bags for extra warmth for the next couple of days until warmer weather arrives again. 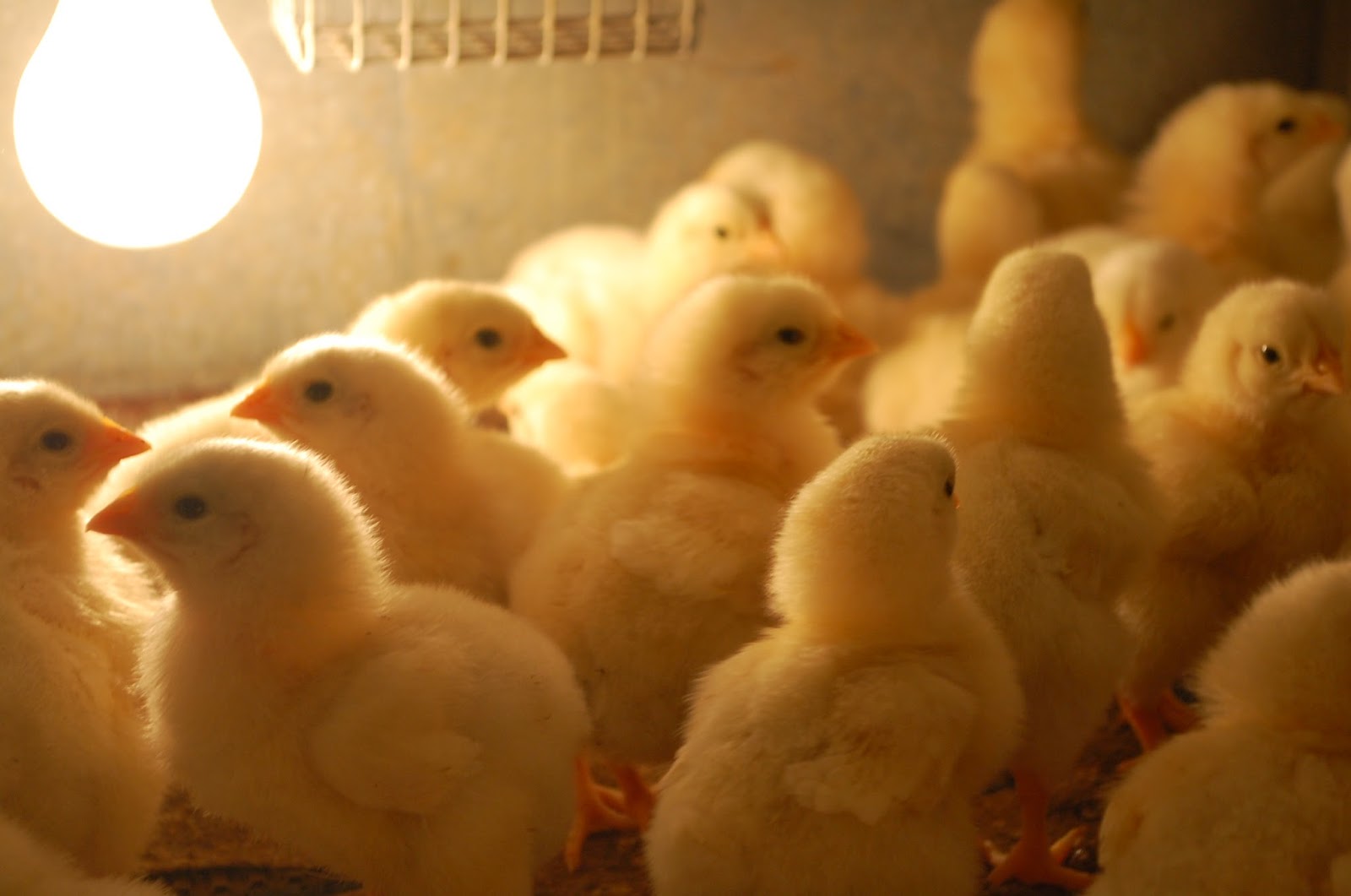 Happy( and warm!) little birds...
Posted by life on the homestead at 5:04 AM No comments:

Today was the first of many to come of spring clean-up. I has been a very long winter. The barn floor is was 8 inches deep in hay and manure. That was the first chore scraping it out and pushing it into a pile to rot over the summer. 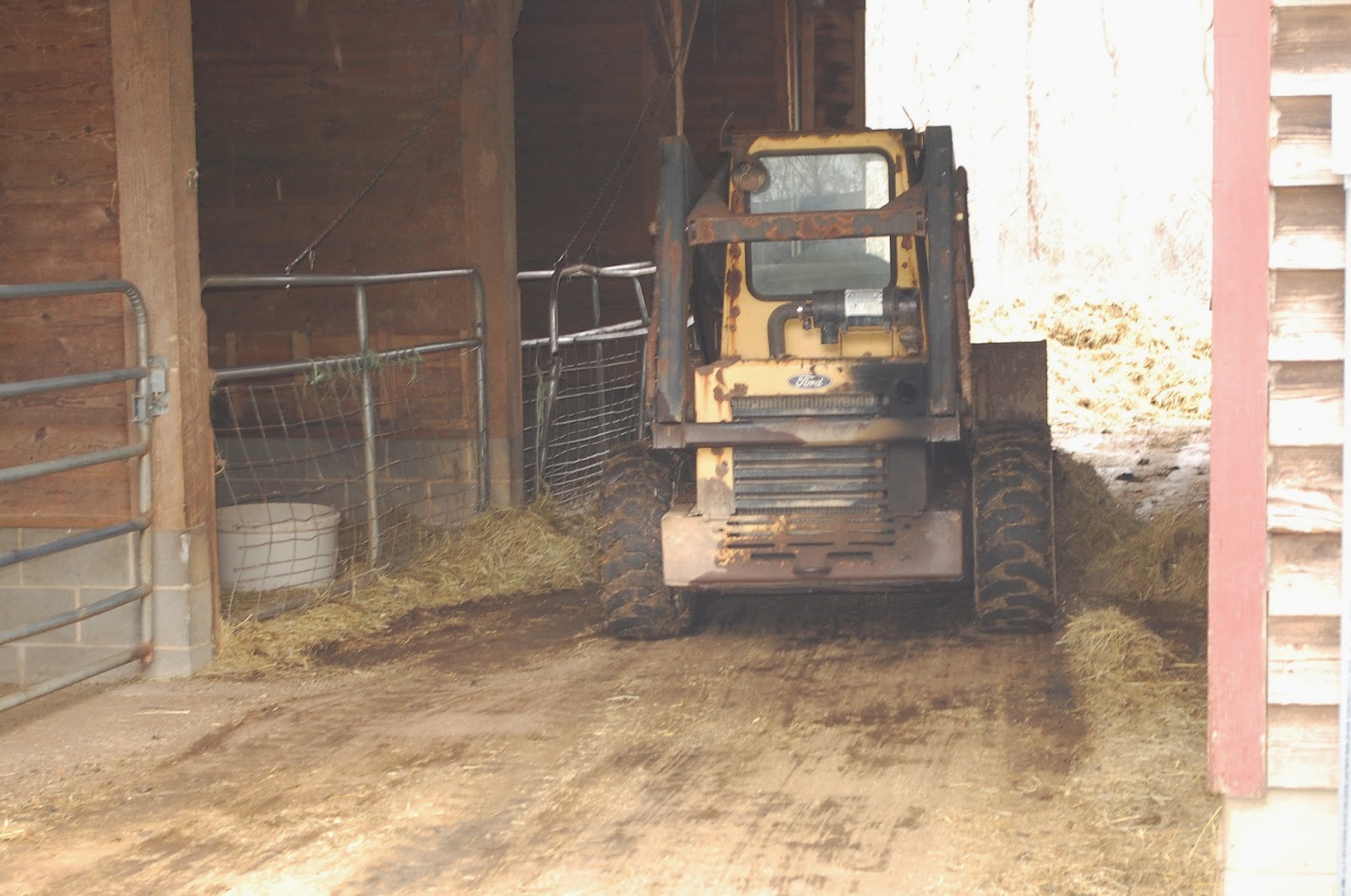 Next on the list was repairing the brooders. 50 meat birds are due to arrive next week. We don't normally do that many but youngest son, Luke, will be home from school for the summer. He wants to help on the farm and have a hand in the processing of the chickens in exchange for taking some back in the fall. Help is good. Yes, I'll trade chicken ;-)) That meant the second, seldom used brooder needed a little work. As the chicks grow I'll have to divide them for a couple of weeks until ready to go outside. 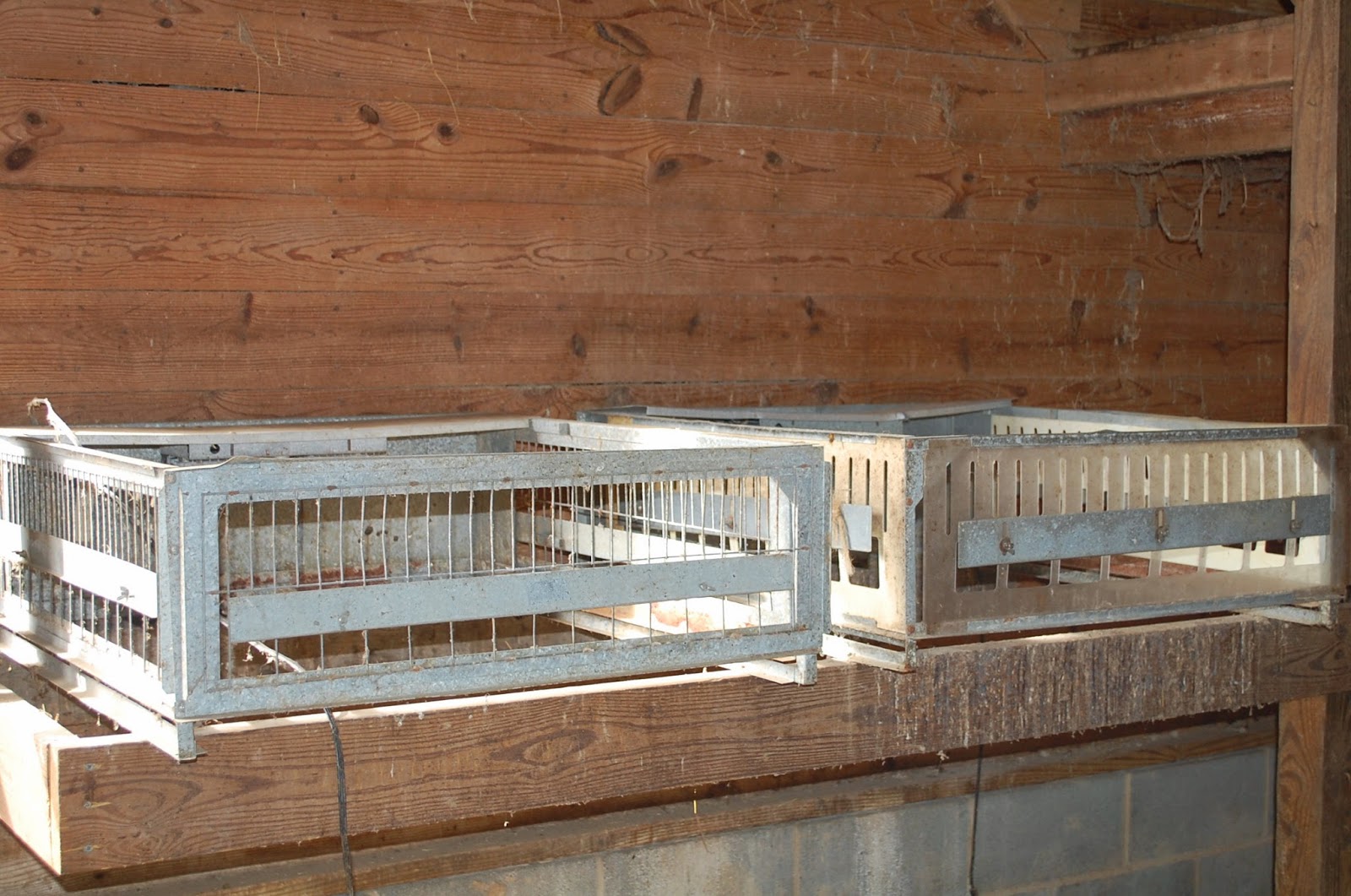 Of course it wouldn't be a normal day if one project didn't get finished before another began.
Hubby decided half way through the barn cleaning receptacles needed to be put behind the brooders for the lights so the jungle of drop cords would no longer be needed. And so they were. 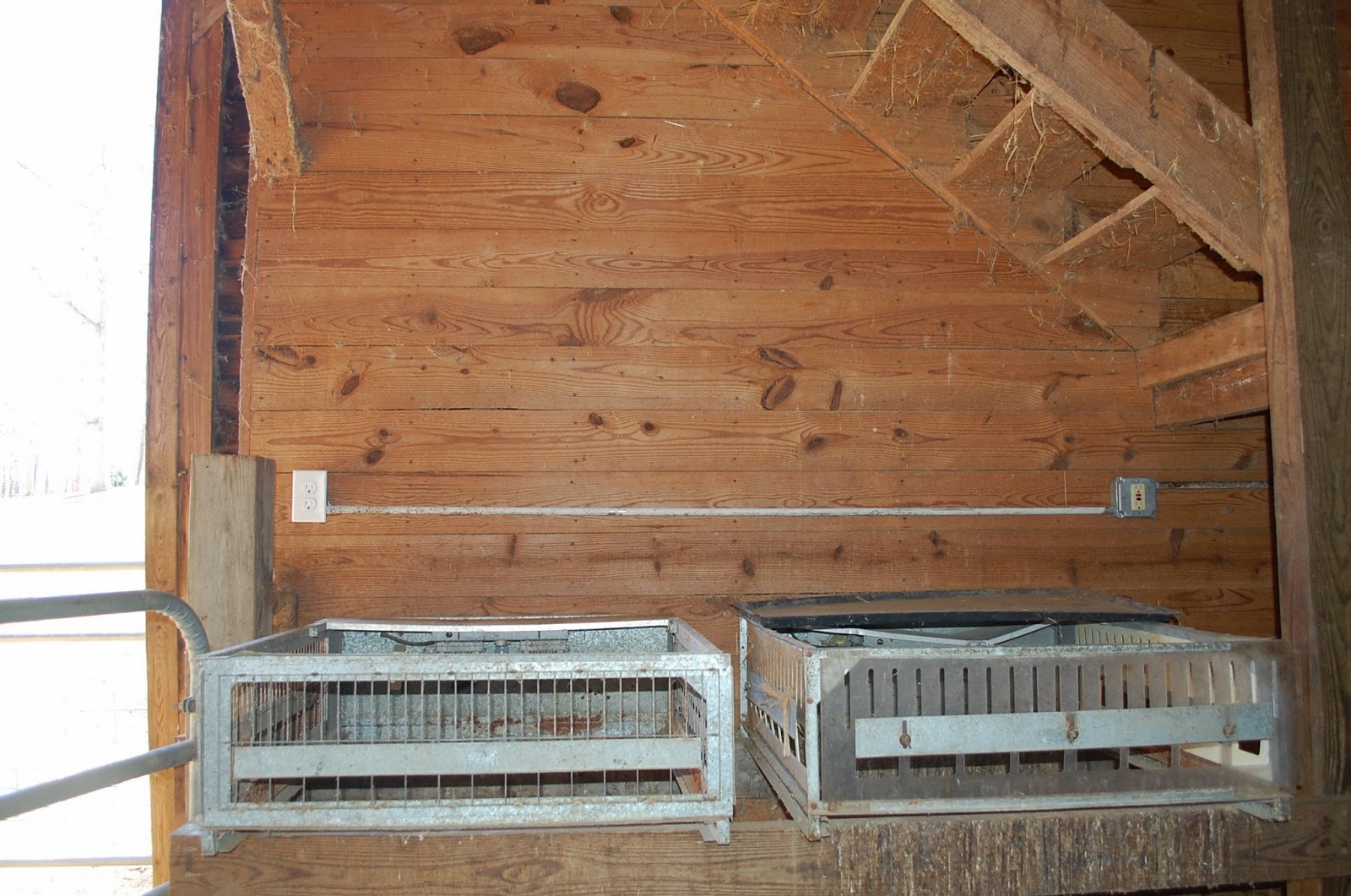 Last on the list was to plant the 3 almond trees and another peach tree that arrived yesterday. The Red Haven peach made it in the ground but not the almonds. Oh well, tomorrow is another day! 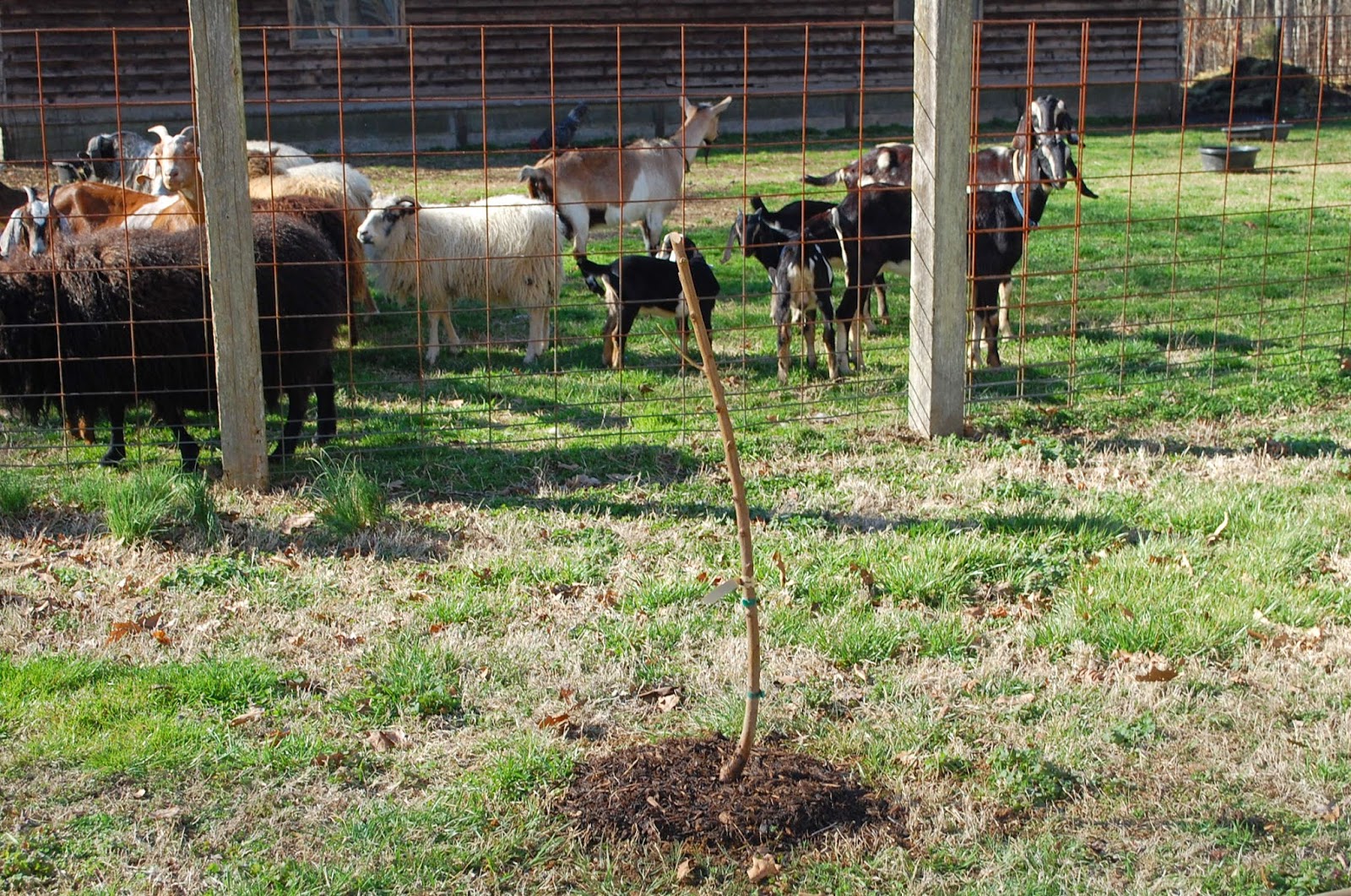 I had quite the audience while planting!!


Posted by life on the homestead at 6:21 AM No comments:

Mother nature is making it quite difficult to get the spring gardens in. Lots of rain with very few dry days in between are not letting the ground dry out.
Our onions actually arrived a couple of weeks ago and were in desperate need to go in the ground. With only a couple of dry days this week the garden was still pretty wet but with more rain coming in we opted to go ahead and plant. Sis and headed out fairly early to beat the showers coming in this afternoon and got busy planting. 3 hours and over 1000 plants later we were done. It was just beginning to sprinkle. 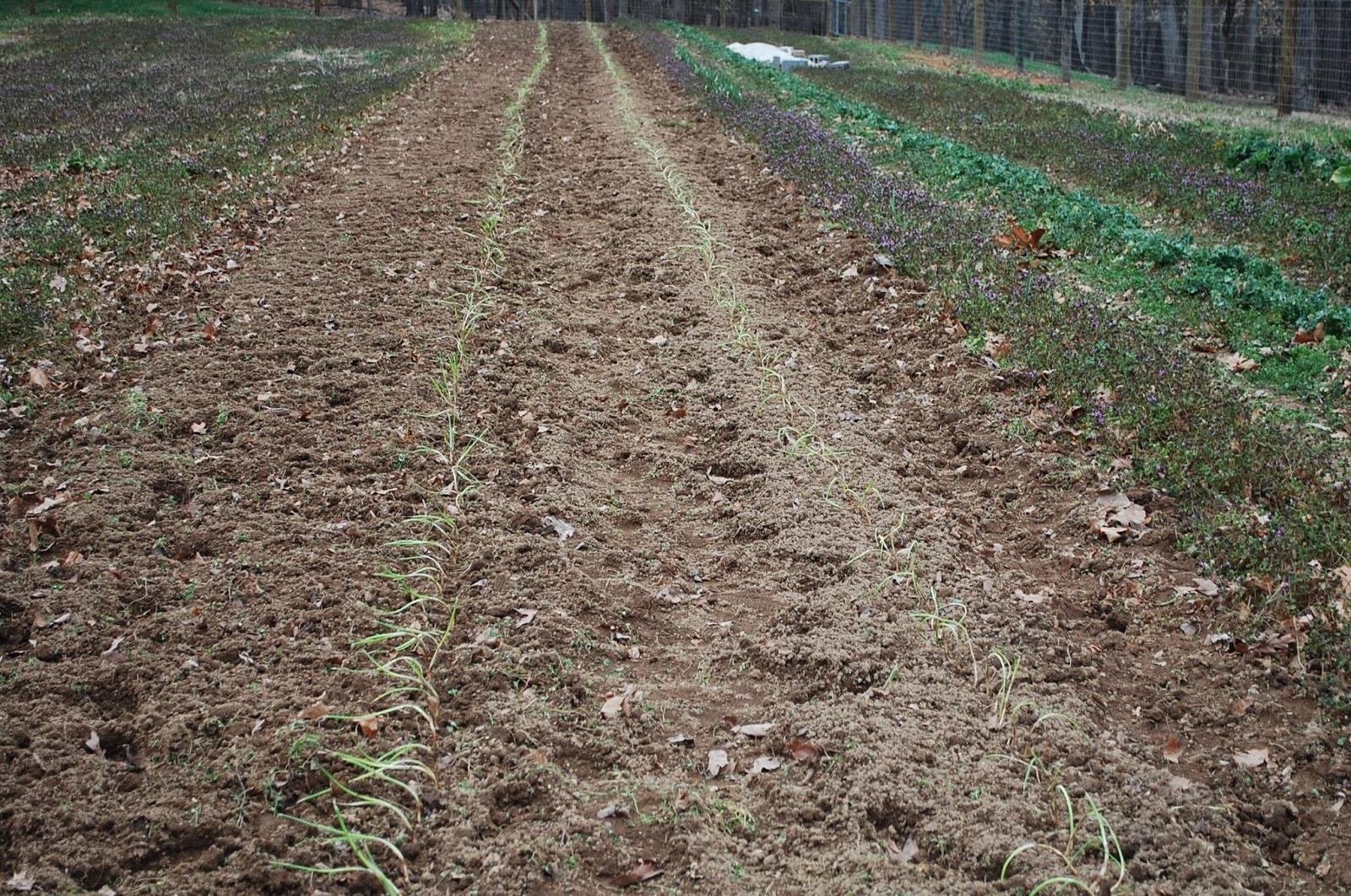 Not very impressive now, but with their roots finally in some soil they should perk up and be happy very soon!
Posted by life on the homestead at 4:56 AM No comments:

We have had a few days without rain with a bit of sunshine thrown in. Woo hoo!! The middle garden was finally dry enough to till. Doug came home on his lunch hour and got three rows ready for planting.
After another long morning of moving our parents, Jill and I finally were able to play in the dirt. The beautiful broccoli and cabbage plants that she started were tucked in the ground, a total of 148. We also planted a row of snow peas and a row green shelling peas. Rain in the forecast for tomorrow should settle them in nicely. 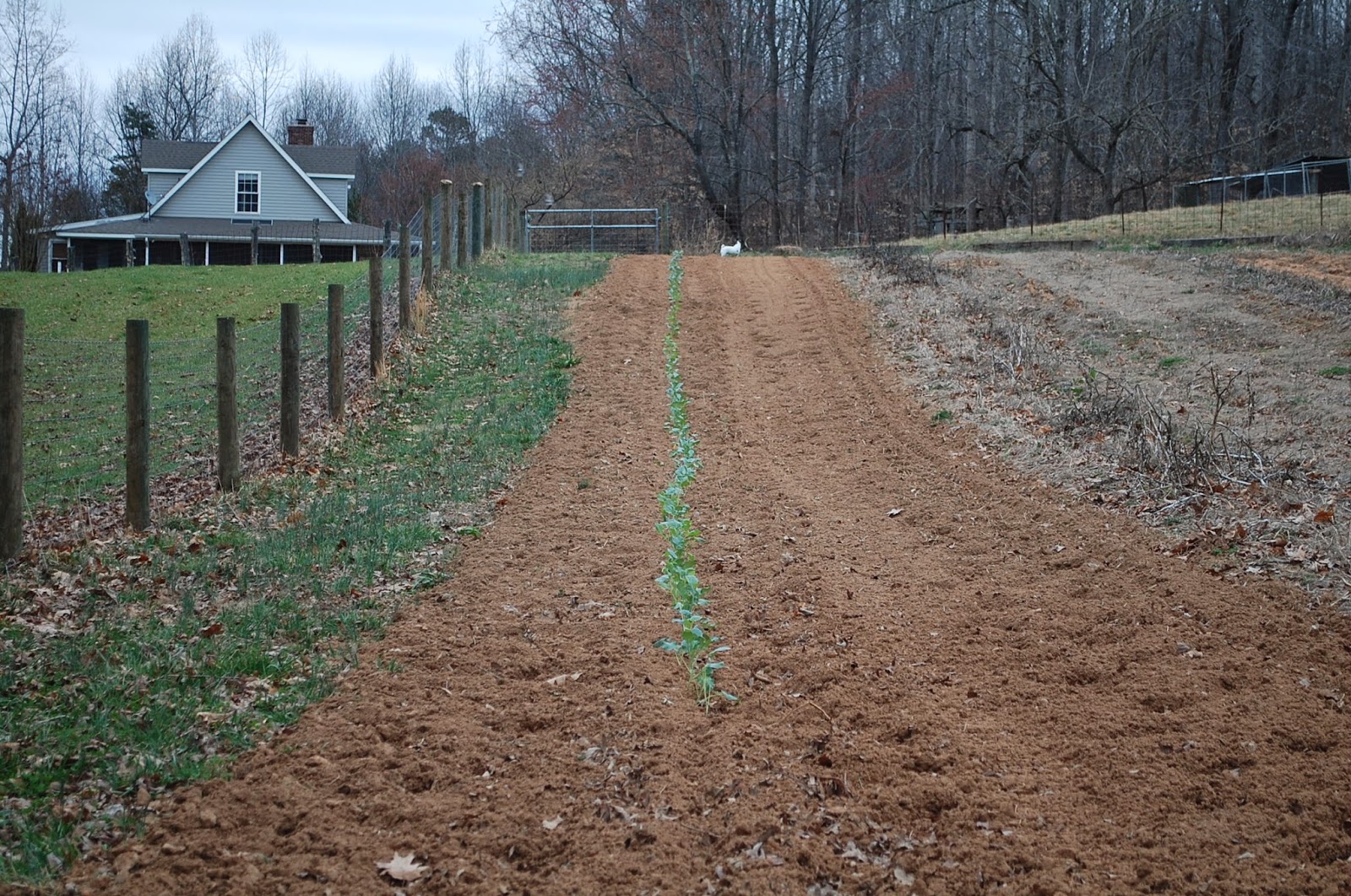 Nothing like a little dirt under our fingernails to make for some very happy farm girls!
Posted by life on the homestead at 5:12 AM No comments:

The Fed-Ex guy was here bright and early this morning. 75 strawberry plants were handed over. The original order was 100, but due to conditions at the nursery the other 25 will be late arriving. Since the cold weather is not over and the ground is still sopping wet we opted to plant them in trays and pots in the greenhouse. Yes, soon the little building will be bursting at the seams!

Early in the day we began the chore of moving Mom and Dad to their house next door. This is going to be short term as they will be building soon, but still they have to be out of their current home in a few short weeks. Box after box was piled in the truck and then again unloaded. Sis and I hope a couple of trips each week will make this process a bit easier and less stressful on our parents. Busy times here on the homestead.


Posted by life on the homestead at 6:05 AM No comments:

Finally a spring like day here on the homestead! I spent the morning enjoying the sunshine and the animals. Due to yet more rain over the weekend, outside chores are still pretty minimal because it is so wet. However, animal chores must always be done. Water buckets and mineral tubs filled and hay hauling are a daily occurrence.
After lunch I wandered to the greenhouse to meet up with sis. Several things needed to repotted. Oregano, parsley, peppers and eggplant to name a few. 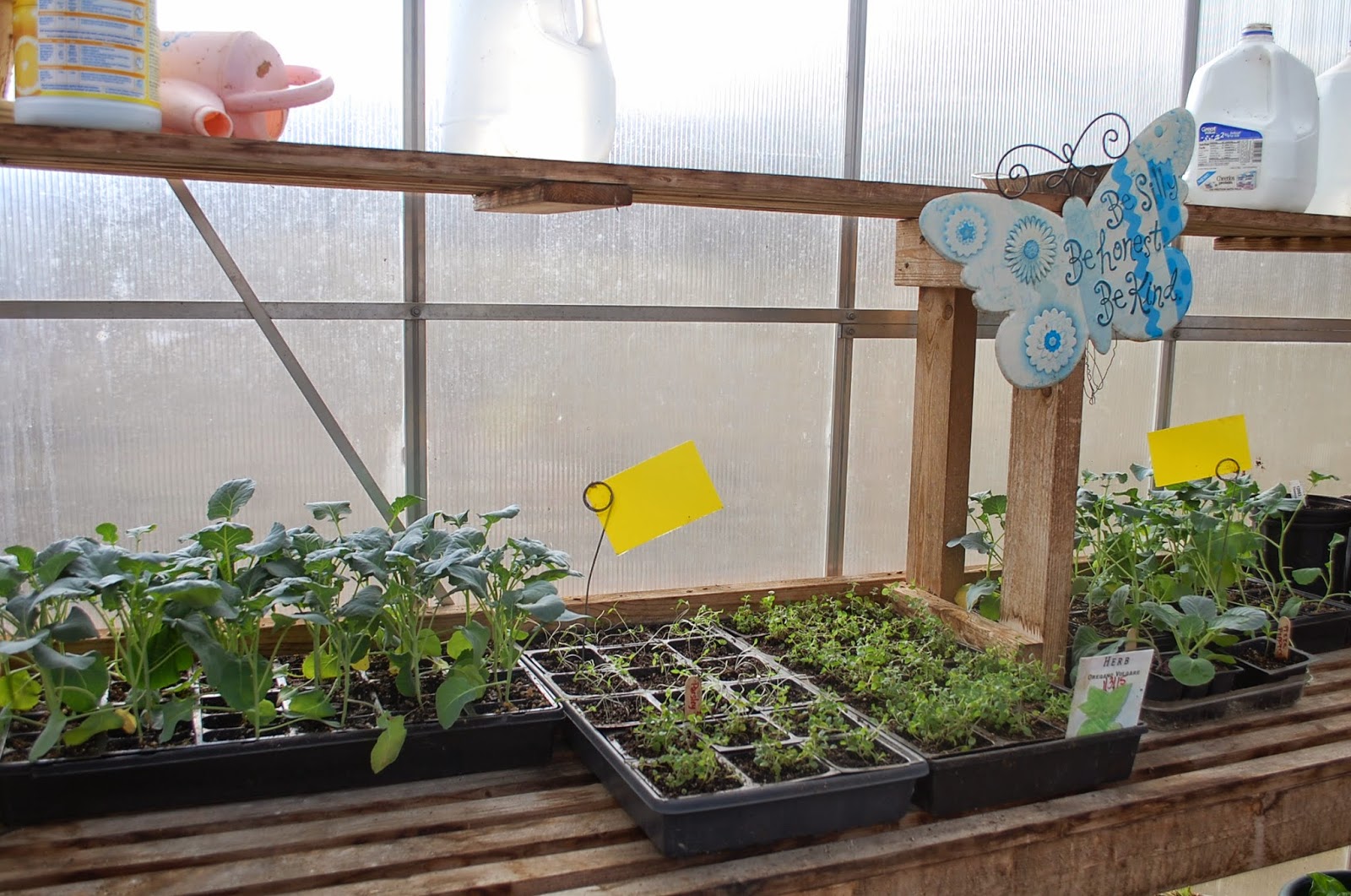 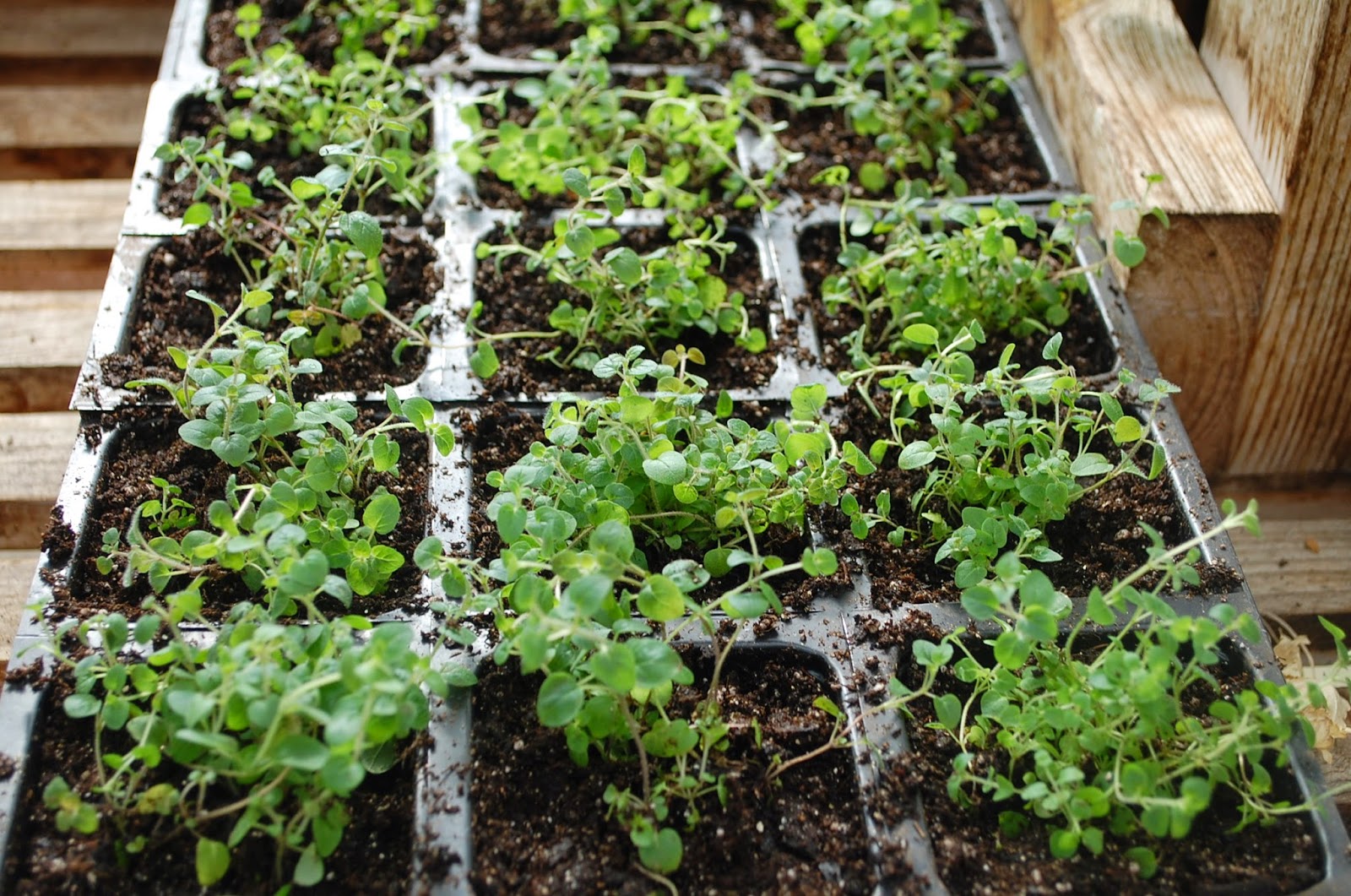 The early plants look fantastic.The broccoli and cabbage are definitely ready to be planted. She has done a great job. We are impatiently waiting for some drier days so we can get these beauties in the ground! 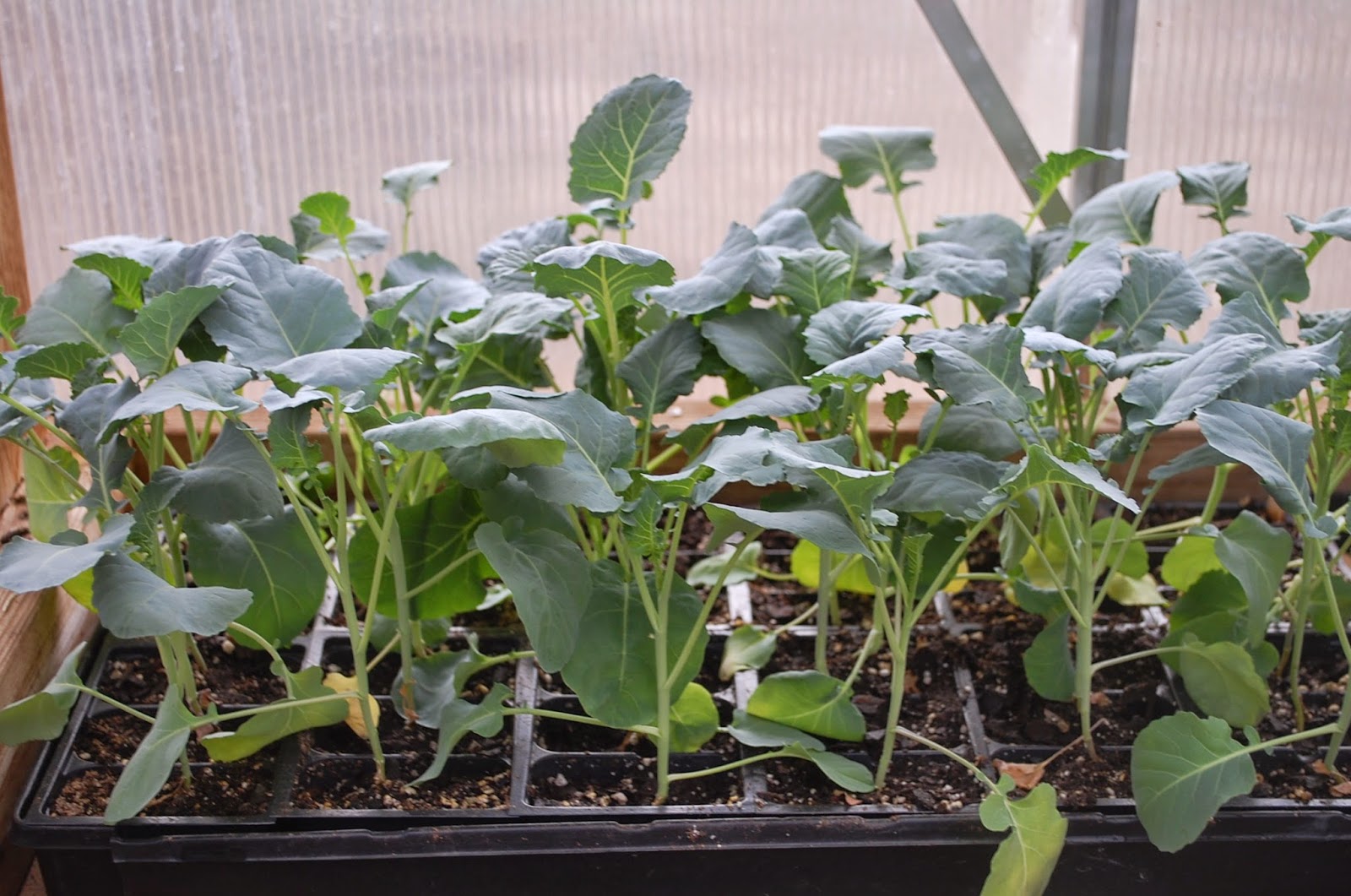 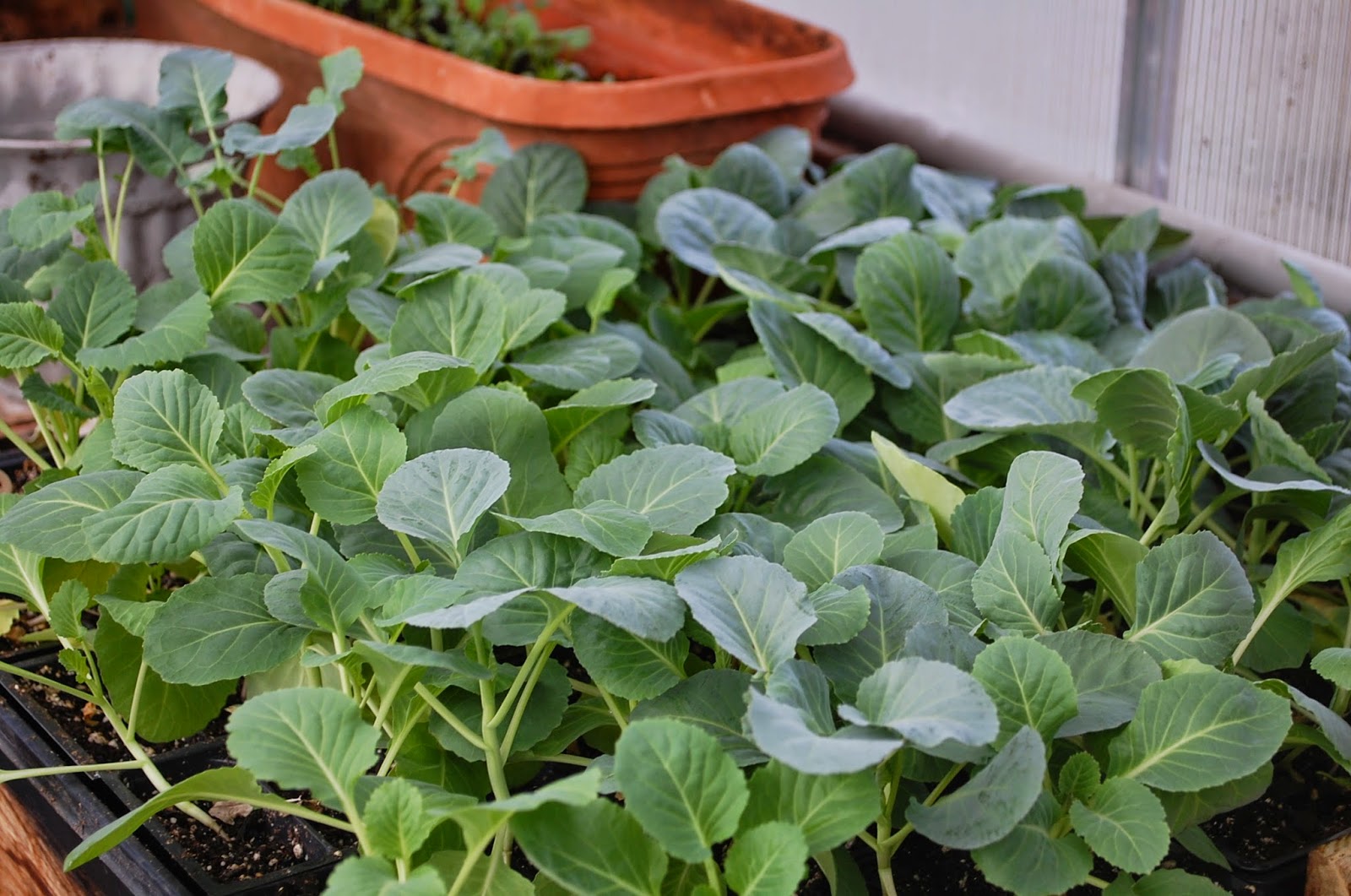 Posted by life on the homestead at 5:24 AM No comments: