Then tomatoes started to ripen. Our harvest was not what I had hoped for so my friend from the farm where I used to help out started sending me her unsaleable ones. Bushels of unsaleable ones.

And of course the corn would come in about that time! My kitchen looked like a veggie bomb had exploded in it. It was constant semi controlled chaos for 2 solid weeks. Right about that time my dishwasher died. The poor fellow was trying to work on it amongst the dehydrator running, jars jiggling in the pan and pots simmering on the stove. He finally said," mam I can't hear if I got it running." Sadly he did not and it was another week before we got the part.
I froze bout 40 quarts and sis froze 38. We ate fresh corn until we could eat no more. I dried several trays of corn silks for tea and made a batch or corn cob jelly. Yum! 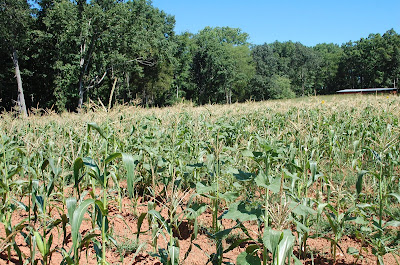 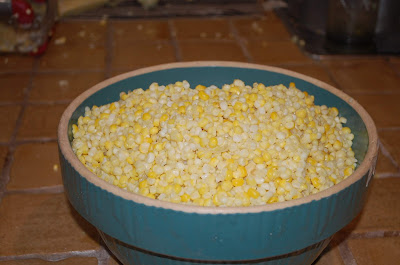 As for the pantry, 63 jars of salsa and 28 jars of spaghetti sauce were placed on the shelves. My sister brought me a bag of fresh black eyed peas and after eating a huge delicious pot I canned 8 pints of those. 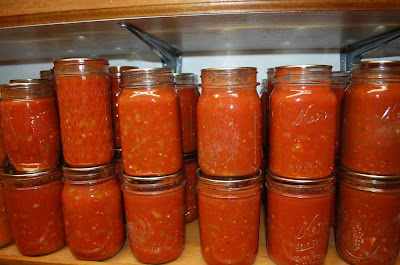 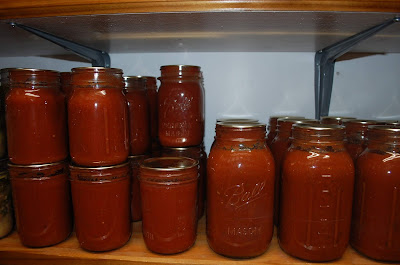 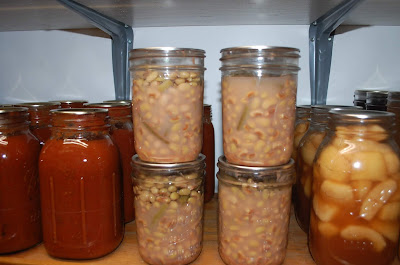 Going to be some good eating around here this winter!
Posted by life on the homestead at 11:47 AM No comments:

Though I have been absent from blogging life on the homestead has been a flurry of activity.
We have been busy preserving the harvests. It has been almost 3 solid weeks of canning, freezing and dehydrating, not to mention keeping up with the other chores.
The cucumbers and jalapenos were producing like crazy the first part of the month, along with the blackberries and blueberries. There was also a large harvest of Roma tomatoes.
The cucumbers and jalapenos were pickled. Blueberries were frozen for eating and making syrup later this Fall when things slow down a bit. Blackberries were turned into jelly. Roma tomatoes were sliced and dehydrated. 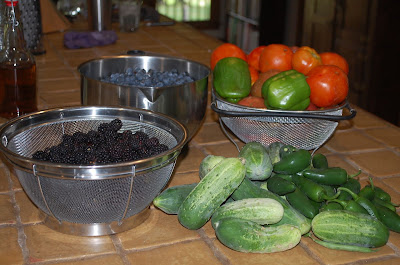 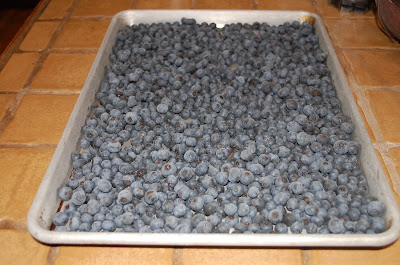 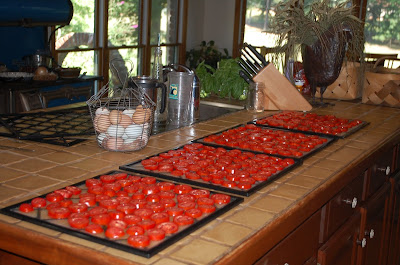 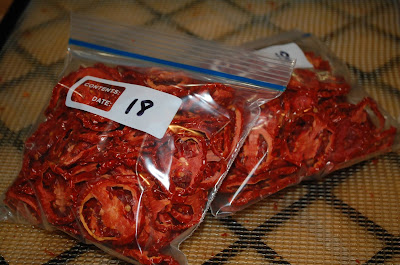 So far 9 jars of jelly, 4 quarts of blueberries, 13 pints of pickles, 17 jars of jalapenos and 7 quarts of dehydrated tomatoes have been tucked away for winter enjoyment.
Posted by life on the homestead at 7:08 AM No comments:

Well we dug our potatoes today. A sad harvest for sure. Just a couple of bushels and tiny to boot. This garden year has been extremely difficult on the homestead. A wet cold spring that jumped head on into a hot dry summer has stressed our garden to the max. On the bright side, they may be little but they are delicious. We can only hope the sweet potato harvest will be better.
Posted by life on the homestead at 6:49 AM No comments:

We as promised I said I would let you know how they turned out. Success! I liked the flavor of the ones that had the horseradish leaf in the jar better than the grape leaf and I think they are crisper too. 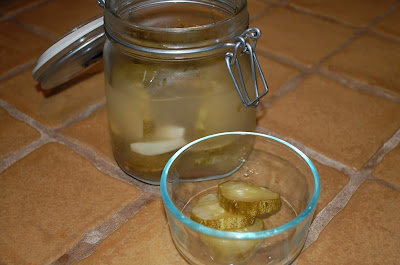 A hint of dill and a bite from the red pepper flakes. YUM!
This will definitely be a fridge staple as long as the cucumbers keep producing.
Posted by life on the homestead at 6:38 AM No comments: