It has been another nasty week on the homestead. We  just can't seem to catch a break. It has rained almost daily and though a warm day here and there, it has stayed very cold. We are so far behind with our farm chores it is starting to overwhelm us.
Yesterday we finally were able to get the sheep off the hay pasture and fertilize. It was wet, but rain was again in the forecast for Sunday and it had to go out. This should have been done mid-February!
Today was all about getting the barns cleaned out, yet another long overdue chore. Hay was so deep on the floor I was having problems opening gates. The barn was scraped out and all the hay, shavings and manure were piled to start the composting process. 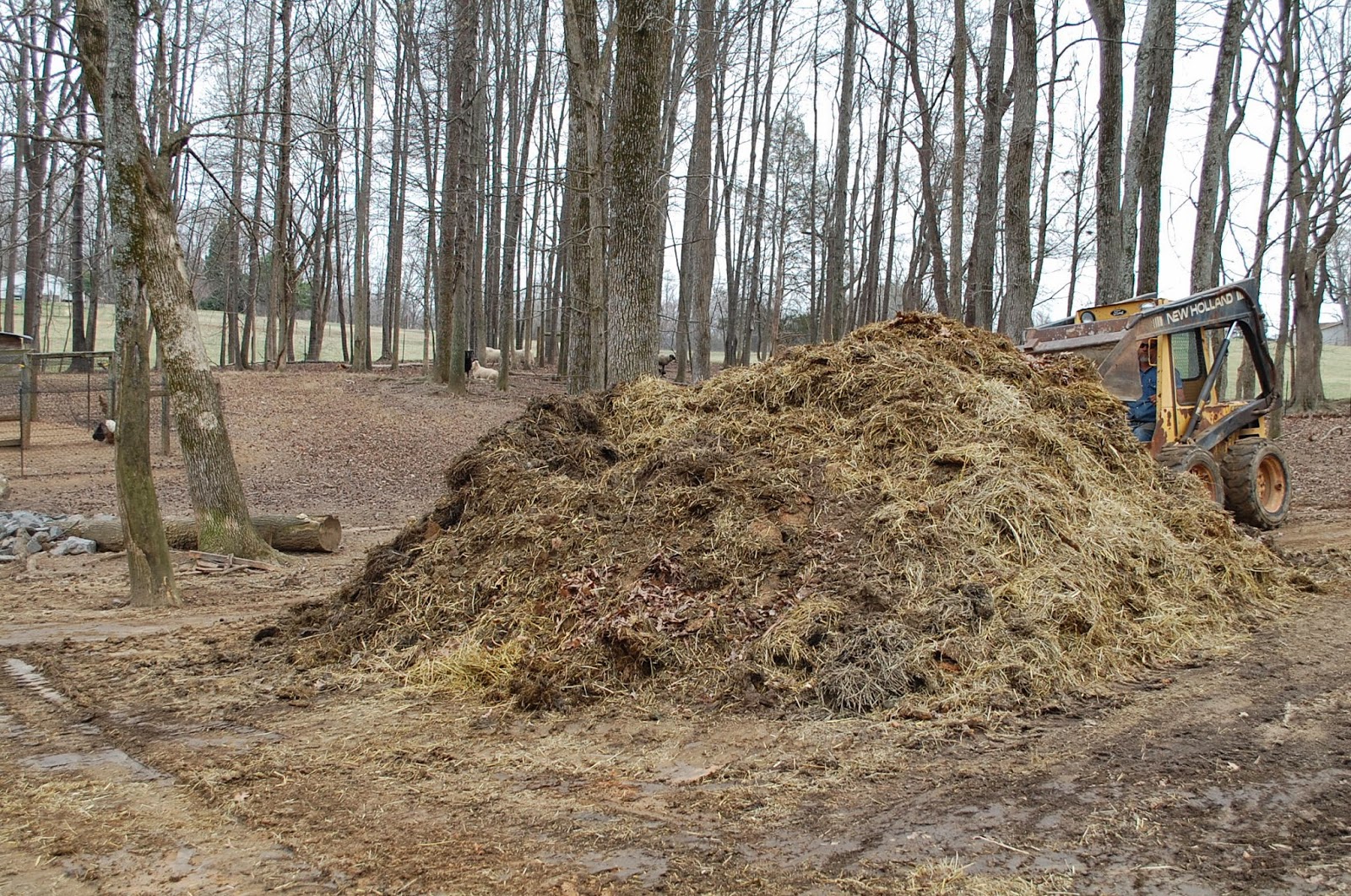 All barns are now neat and tidy. Ready for lambs and the rest of the goat babes. 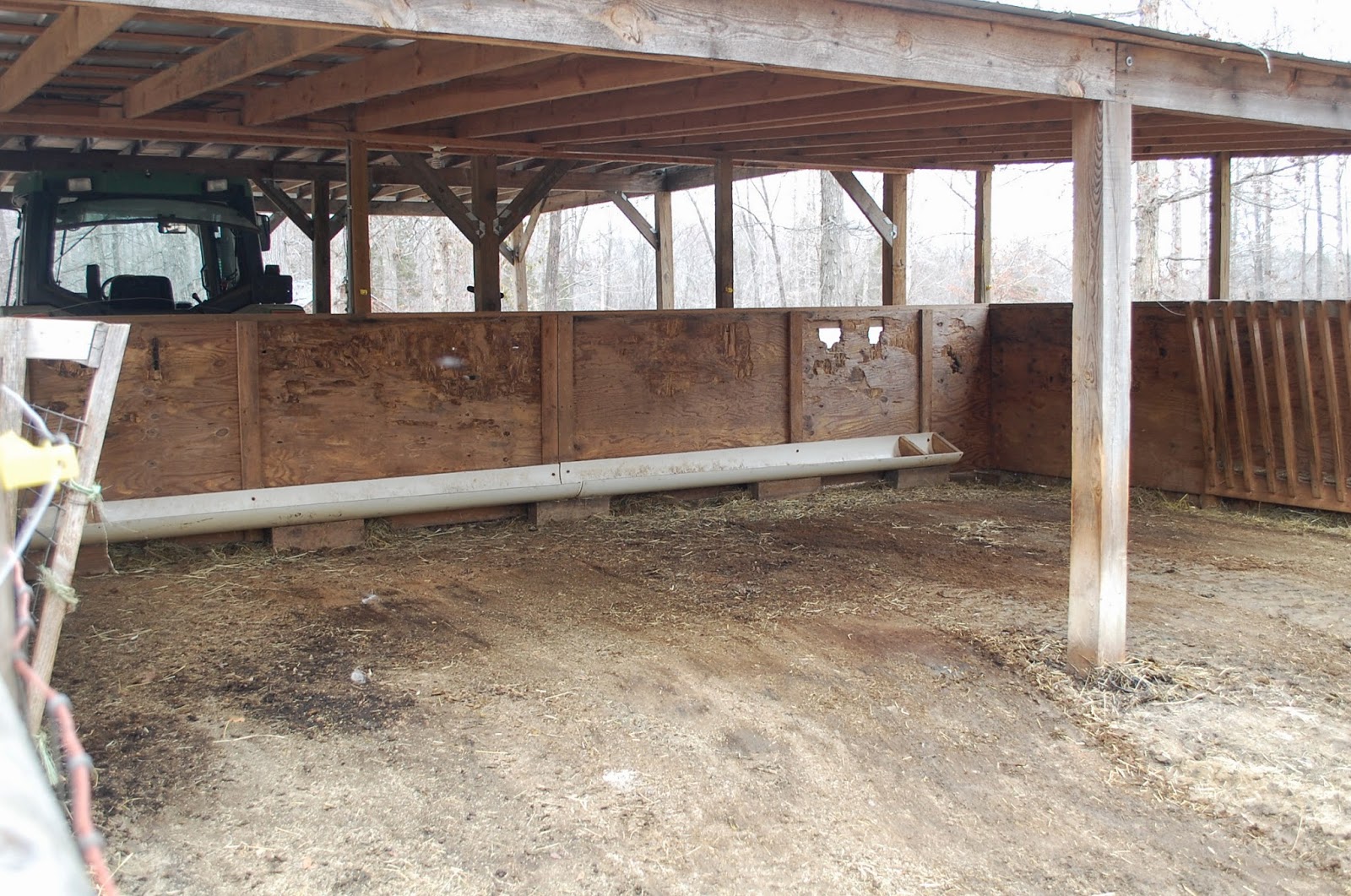 The previous year's compost was then hauled to the garden and spread out to dry. Black gold! My sister called to say she never thought she would have envied any one's poop but today she did! 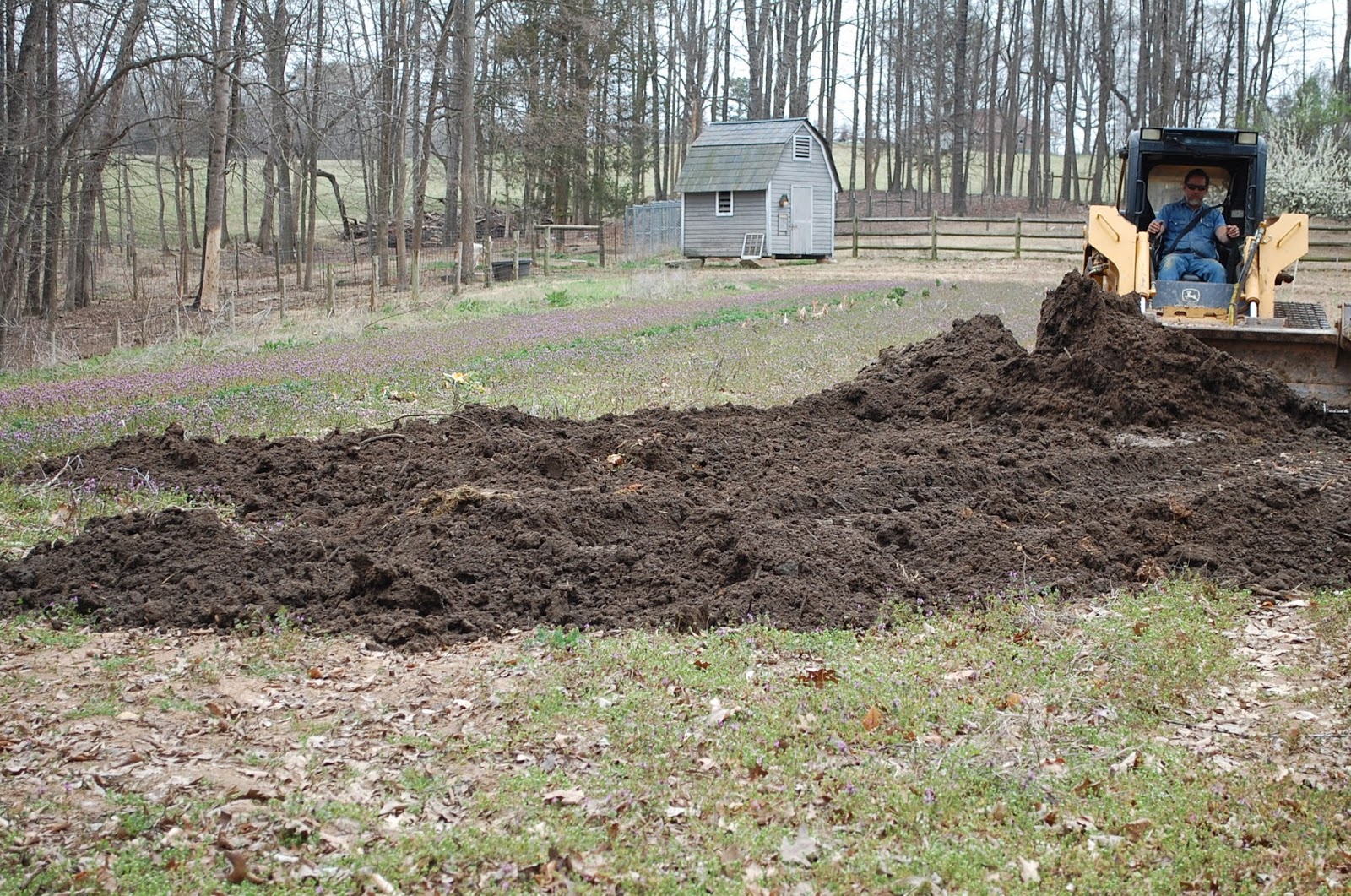 Lastly the brooders were set up, cleaned and inspected for the meat chicks set to arrive next weekend. A few replacement parts will have to be ordered and a new floor for one will have to be built. 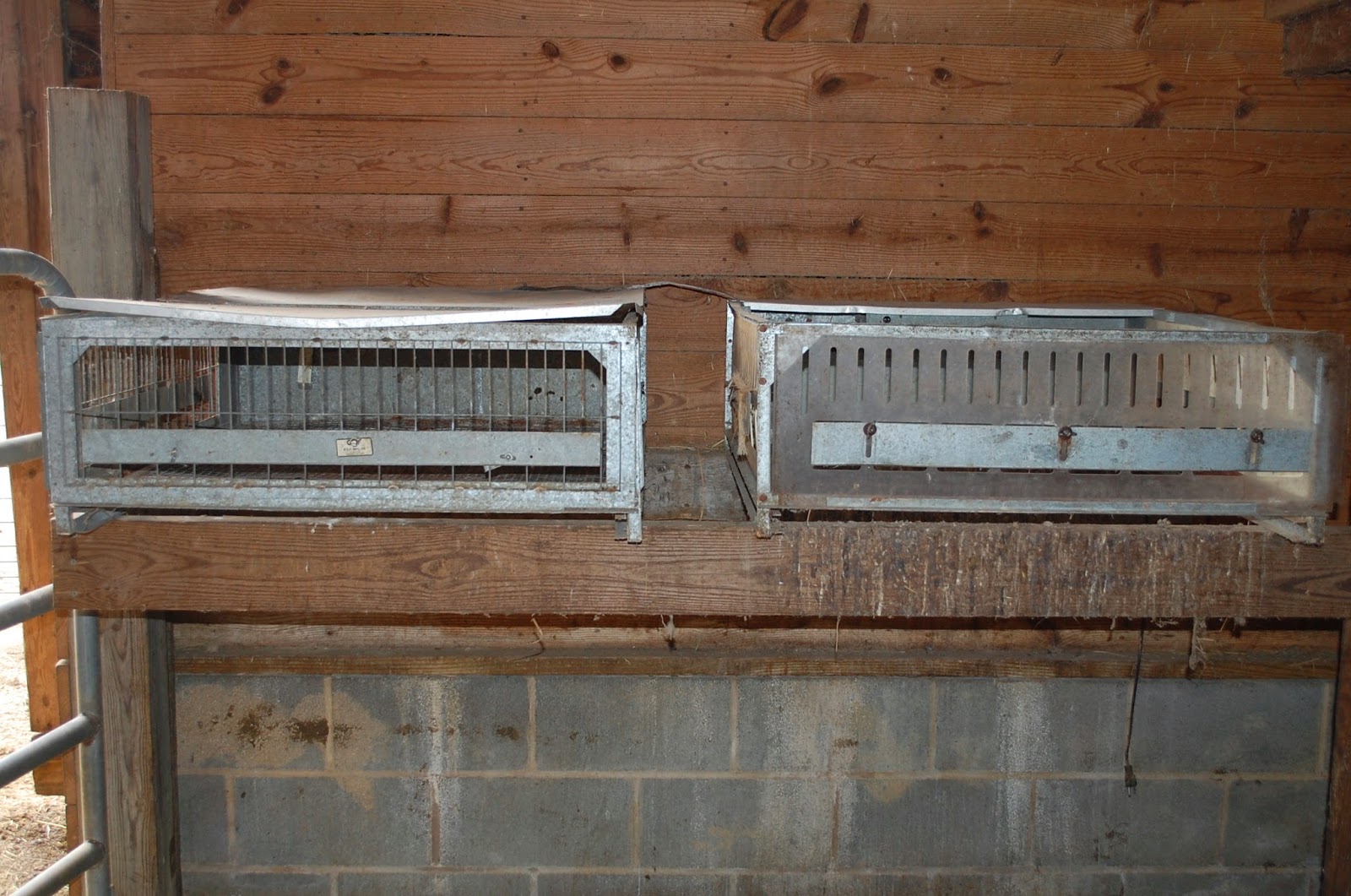 And at the end of the day there were two tired people and one VERY tired baby malinois... 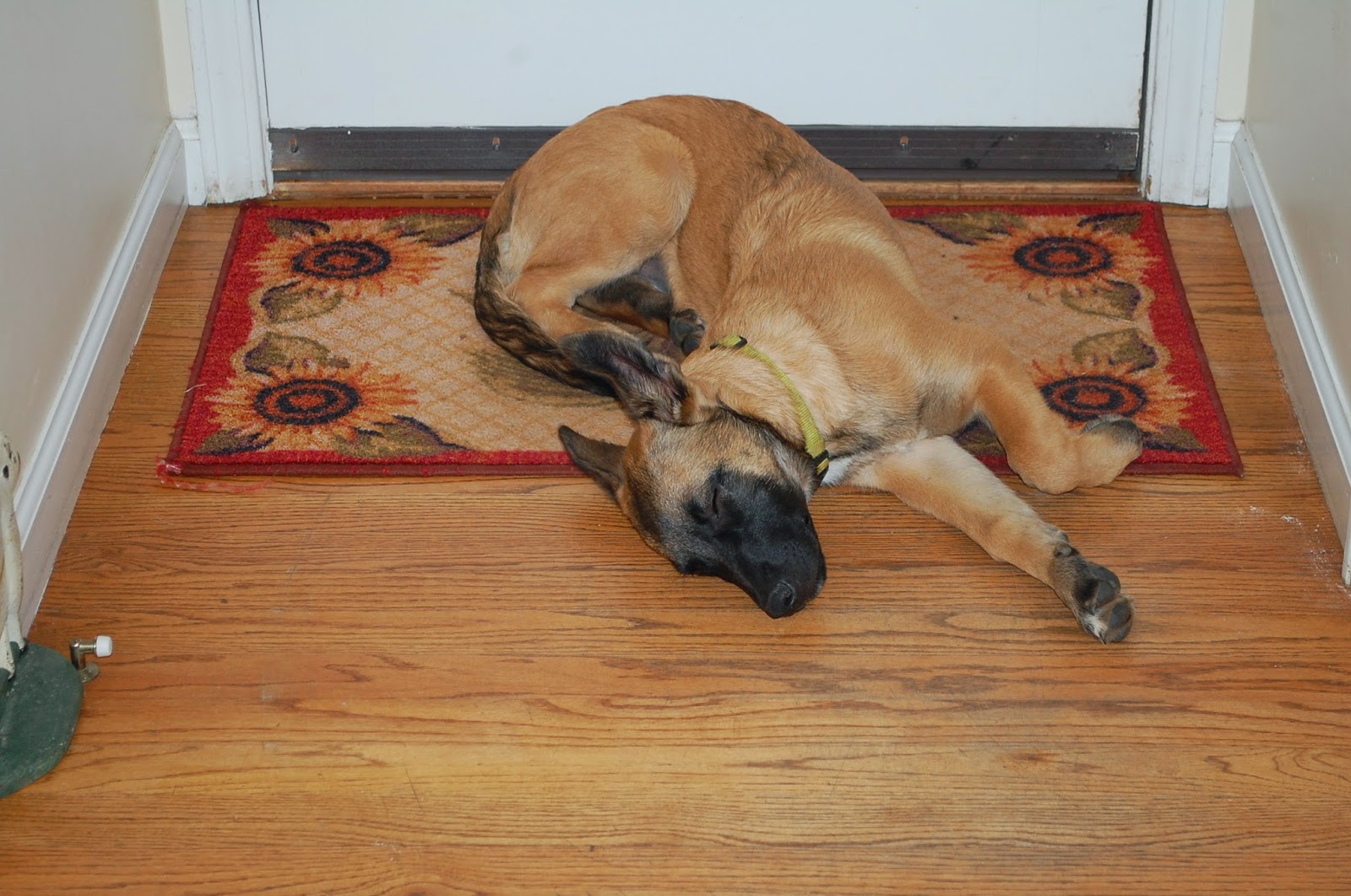 Posted by life on the homestead at 6:47 AM No comments:

I was out before daylight this morning and heard the trees clinking. When I got back in I told hubby we must have had some icing over night. When the skies lightened, I was surprised at how much ice we had!
I decided to go ahead and bake since the roads were not too bad and by the time bread was done I figured all would be well. I had 5 loaves in the pans and another 5 in the bowl sponging. Then the lights flickered. NO! they flickered again and power was lost. No,no no!! Unfortunately, yes, and I spent the next couple of hours in the darkness. So did the bread. Apparently a tree had fallen on a line.
The five in the pan continued to rise and then collapse. The dough in the bowl did so as well, climbing over and out and oozing on the counter. Ugh. When the power did come back on I baked the sunken bread and tossed the dough. And the sign at the store read:
NO BREAD TODAY 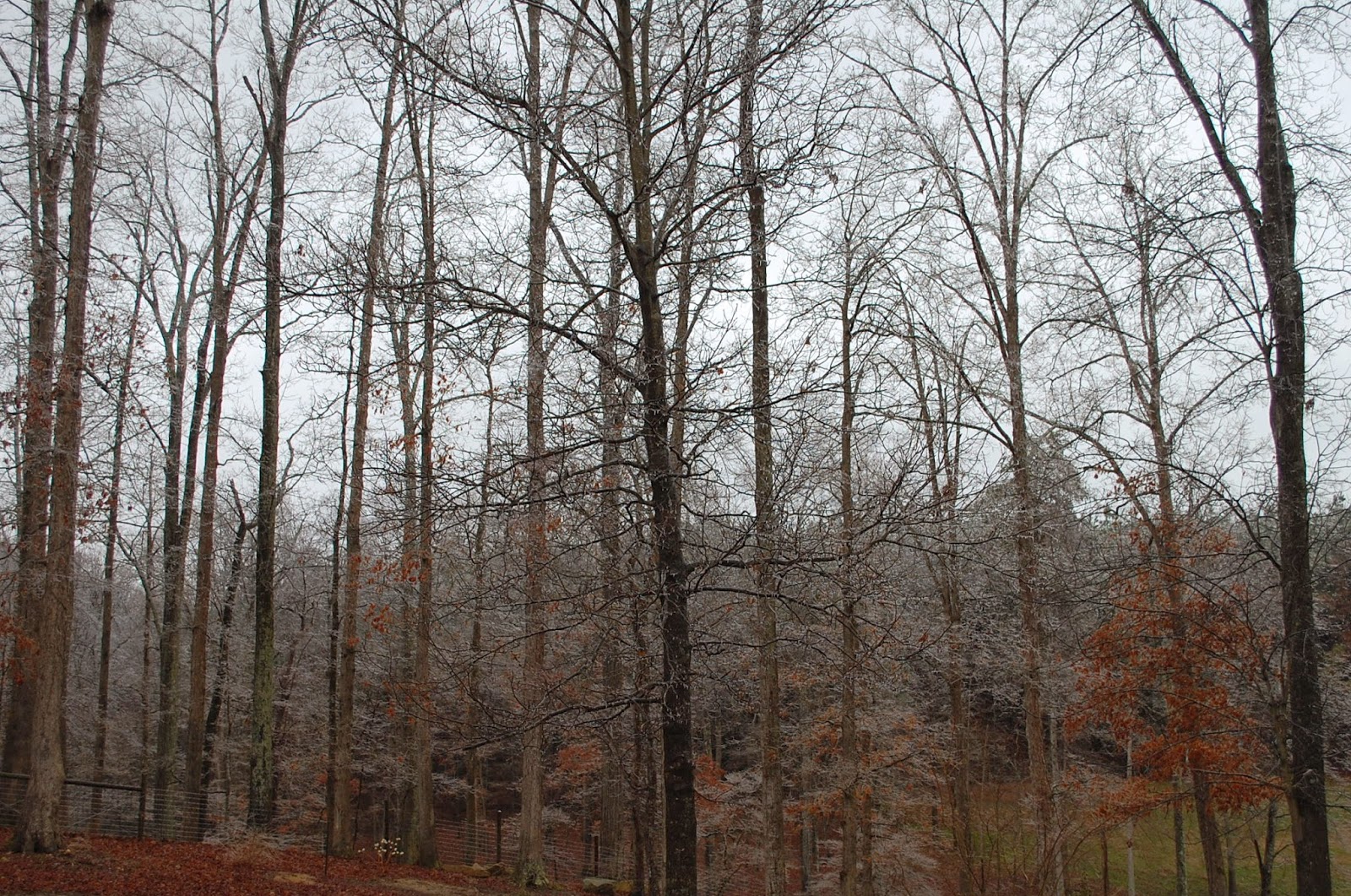 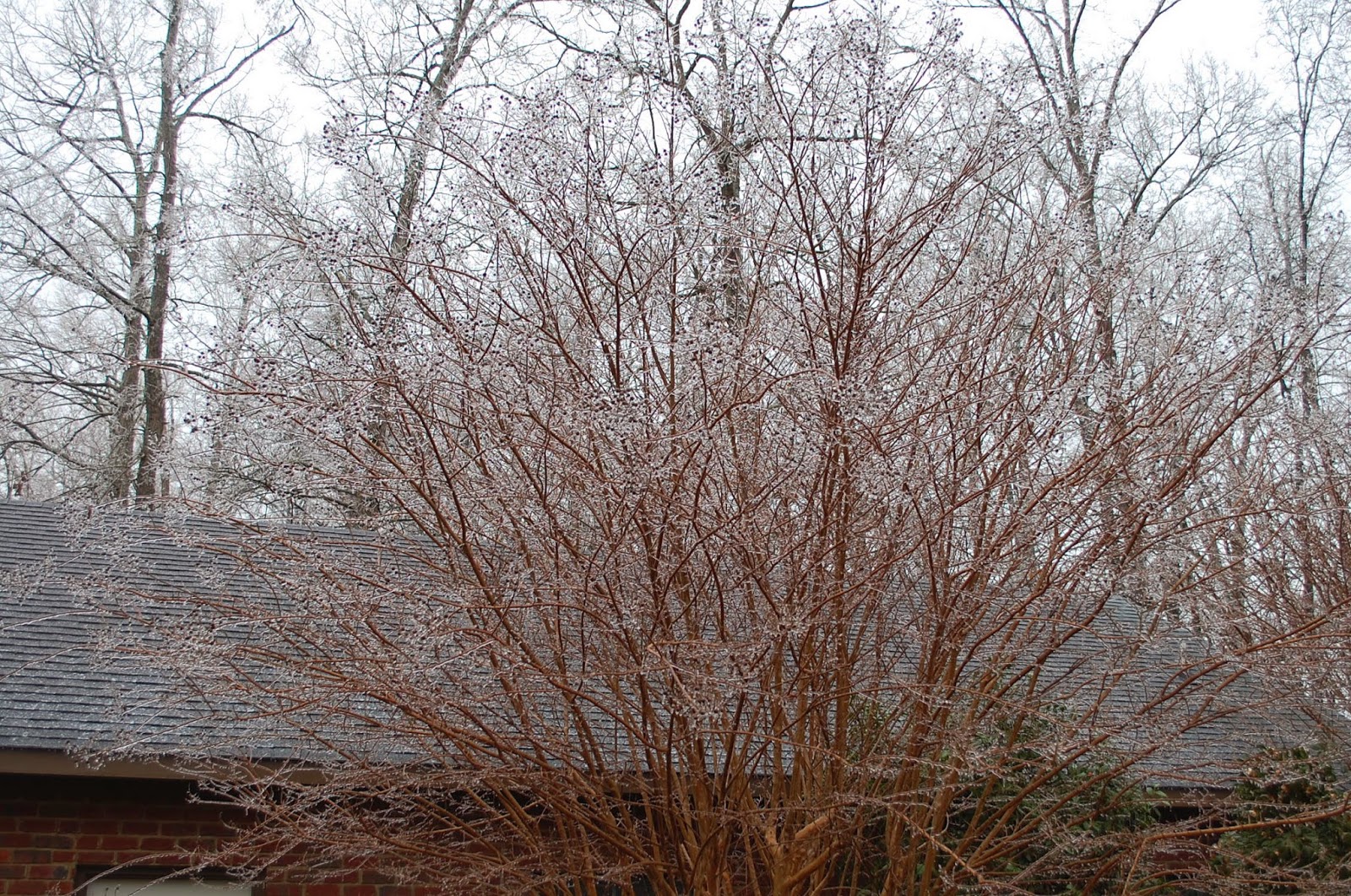 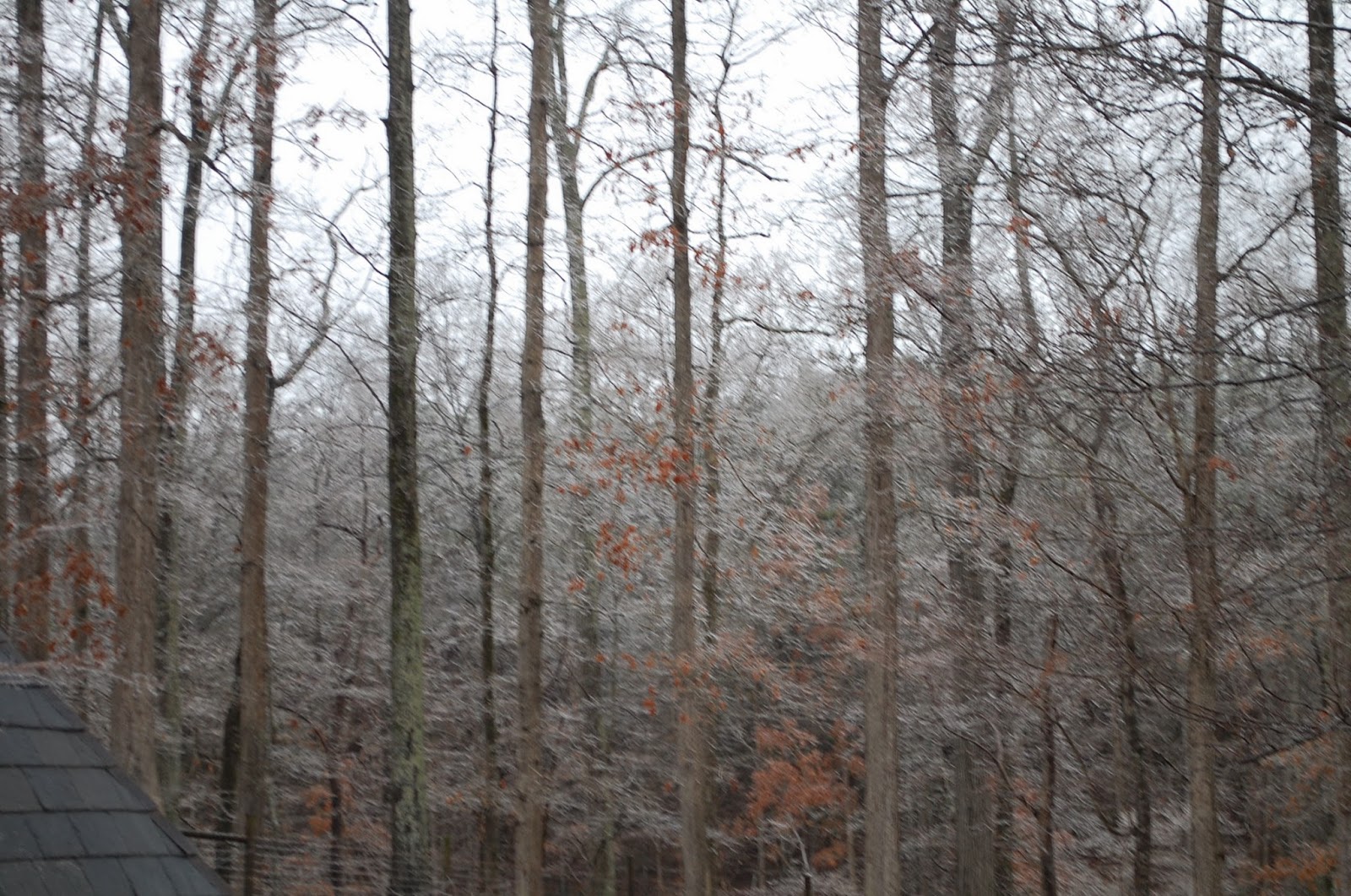 Posted by life on the homestead at 1:20 PM No comments:

Doug and I decided to make one last quick trip to the coast before spring chores began. We left late Thursday after chores were done leaving Mom in charge for Friday and Saturday. We would be home early Sunday.
Friday morning the first phone call... you have a set of twins here. Who?? Roxanne, the old saanen, that has somehow magically gotten pregnant two years running, though I have tried not to let her. Of course she would chose to wait until I was gone. Thankfully the next day went without any surprises. Today we drove home in heavy rain. It was cold and nasty and as soon as we got in I hurried to check all the animals. A second set of twins had been born during the night. Though doing fine, they were in a pasture that did not have the warmest shelter and so I hauled them to the big barn and went back for mama. Nasty, cold and wet I finally had everyone settled and I was able to head indoors.
I guess even the animals have given up on spring and decided to start without her!! 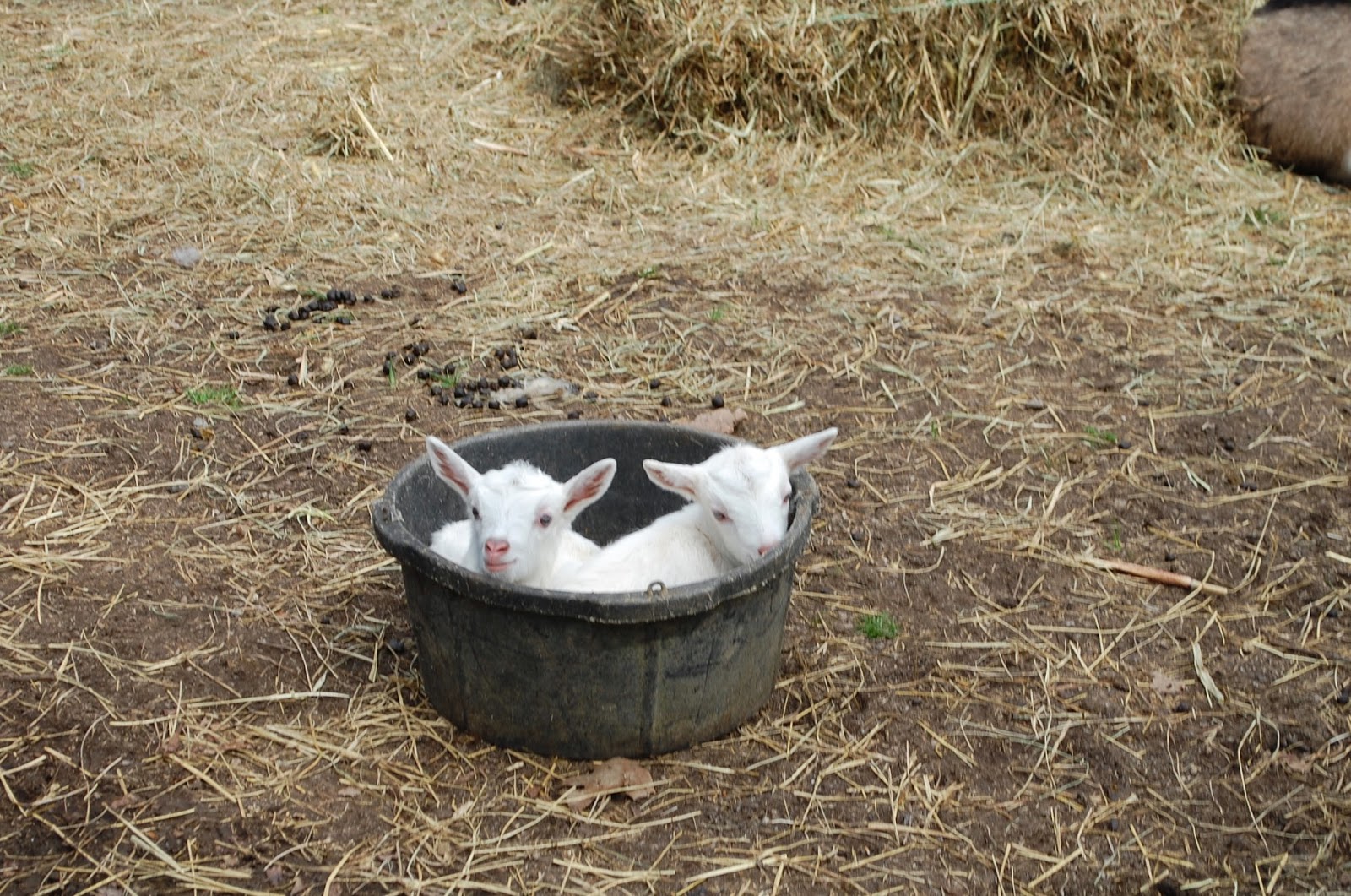 Roxanne's kids.. a buck and a doe!
Posted by life on the homestead at 6:35 AM No comments:

They Grow So Fast

Ziva is growing like a weed. She has packed on 10 pounds and doubled in size since her arrival 5 weeks ago. She has learned to sit and lay down. We are working on stay. She walks on a leash now without holding it in her mouth. She goes everywhere I go. That is for two reasons. One to socialize her and two if I left her alone longer than 20 seconds I would most likely not have a house left. Someone said the other day, "Don't you just wish they would stay little forever?" Absolutely...NOT! Our new game is I've got it (Ziva) and you can't have it (me). I should have dropped at LEAST ten pounds by now chasing her. She has her favorite route. Running about 10 miles an hour round the kitchen table, through the chairs, off to the game room, around the pool table and repeat. However, I am human and humans are smarter than dogs, right? (Not necessarily, sorry to say) So, now with treat in hand I chase saying "Trade you for a treat!" For the most part it works and I am able to retrieve whatever she has absconded with. Things like shoes, socks, bras, magazines, underwear, she really likes underwear..... if you were to visit us now you would notice all end and coffee tables are devoid of remotes, candles, books. You would think we are living with a toddler. I had forgotten how much work puppies are. There are days I am tired, really tired. Then she curls up under my feet and sleeps. Sleeping babies are so cute. Don't you think? 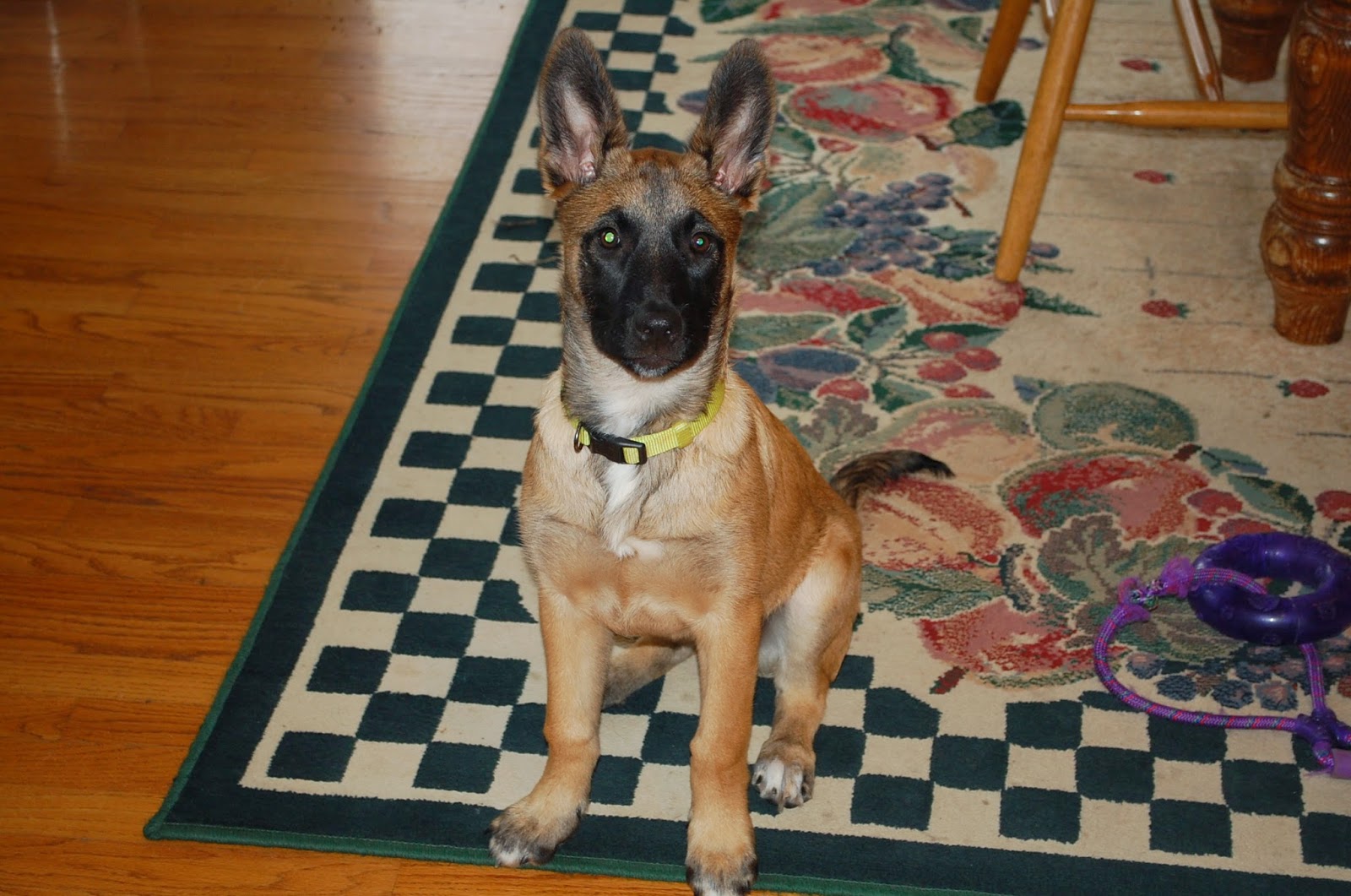 Posted by life on the homestead at 6:37 AM No comments:

Mother Nature is such a tease. The last couple of weeks have been a roller coaster ride from snow, sun & warmth, ice, sun & warmth back to ice. Little tastes of spring in between the final nastiness of winter.
Last weekend during one of the spring teases I was able to get the onions in the ground. Around 800 were planted. Beautiful long rows.... 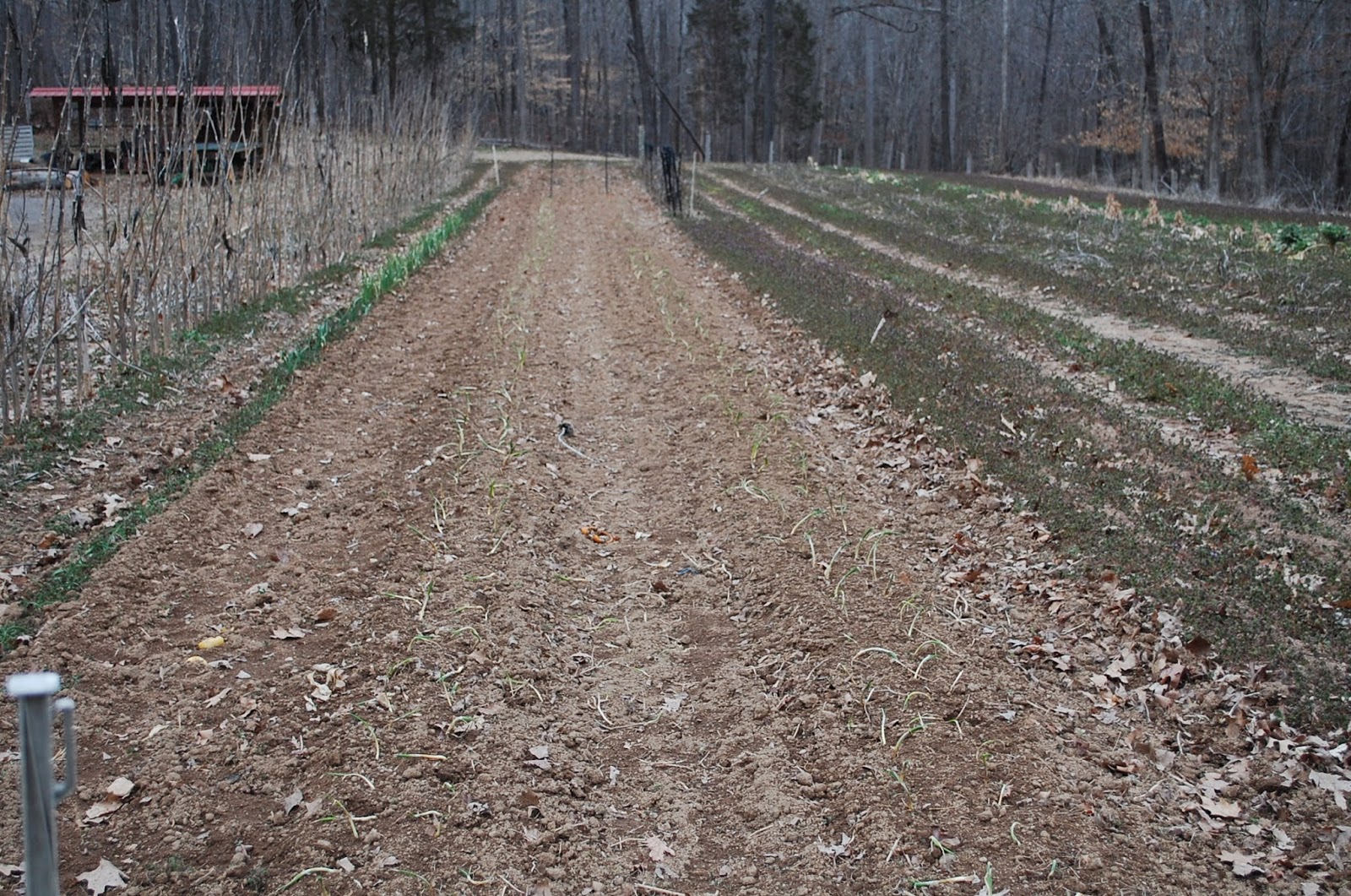 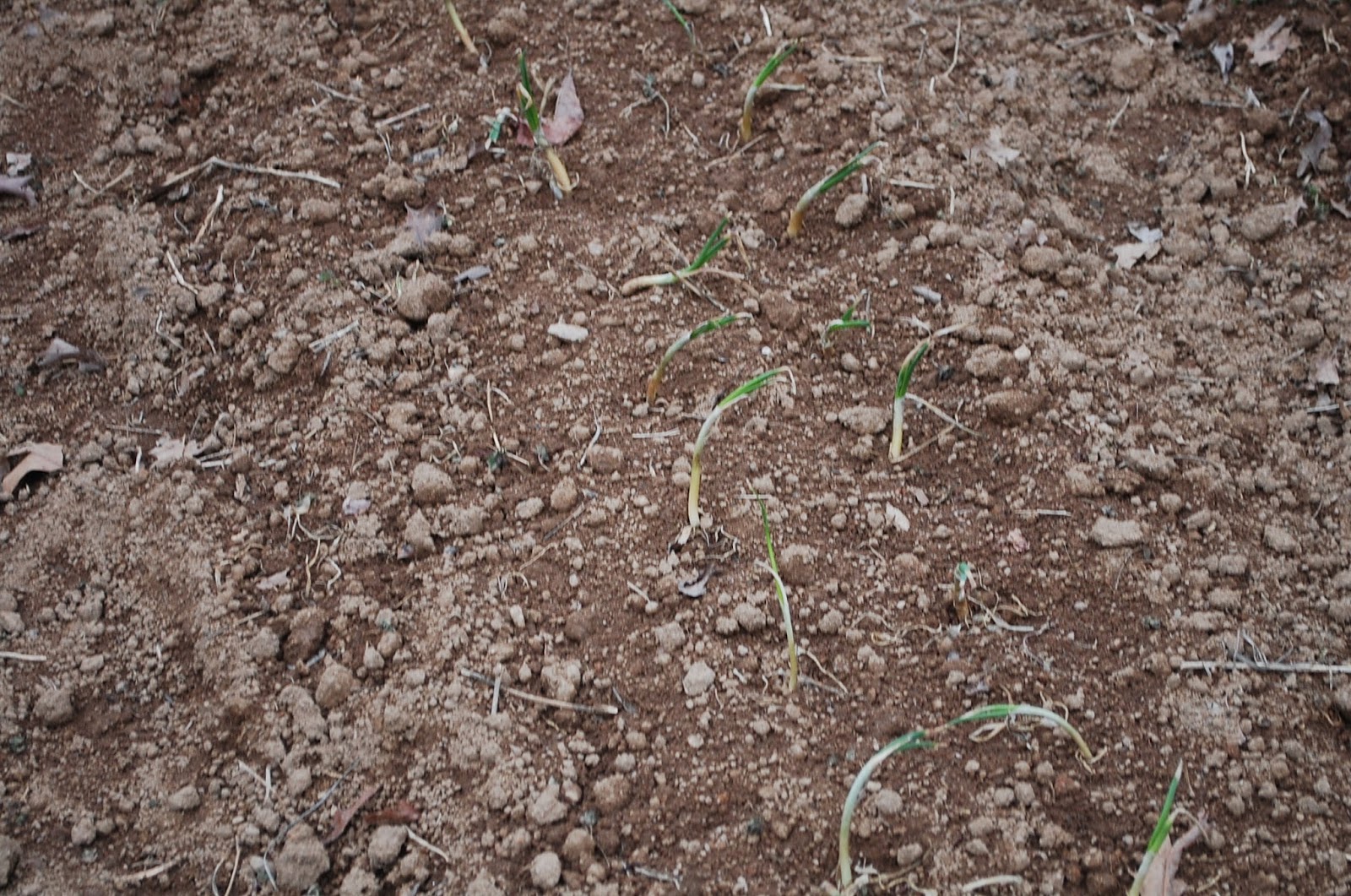 That was until one very bad baby malinois,(yes that would be Ziva), ran right down through the middle of them. And so I got to stand about half of them back up. Needless to say, she will be banned from garden work this summer. A cute face will not save her..... 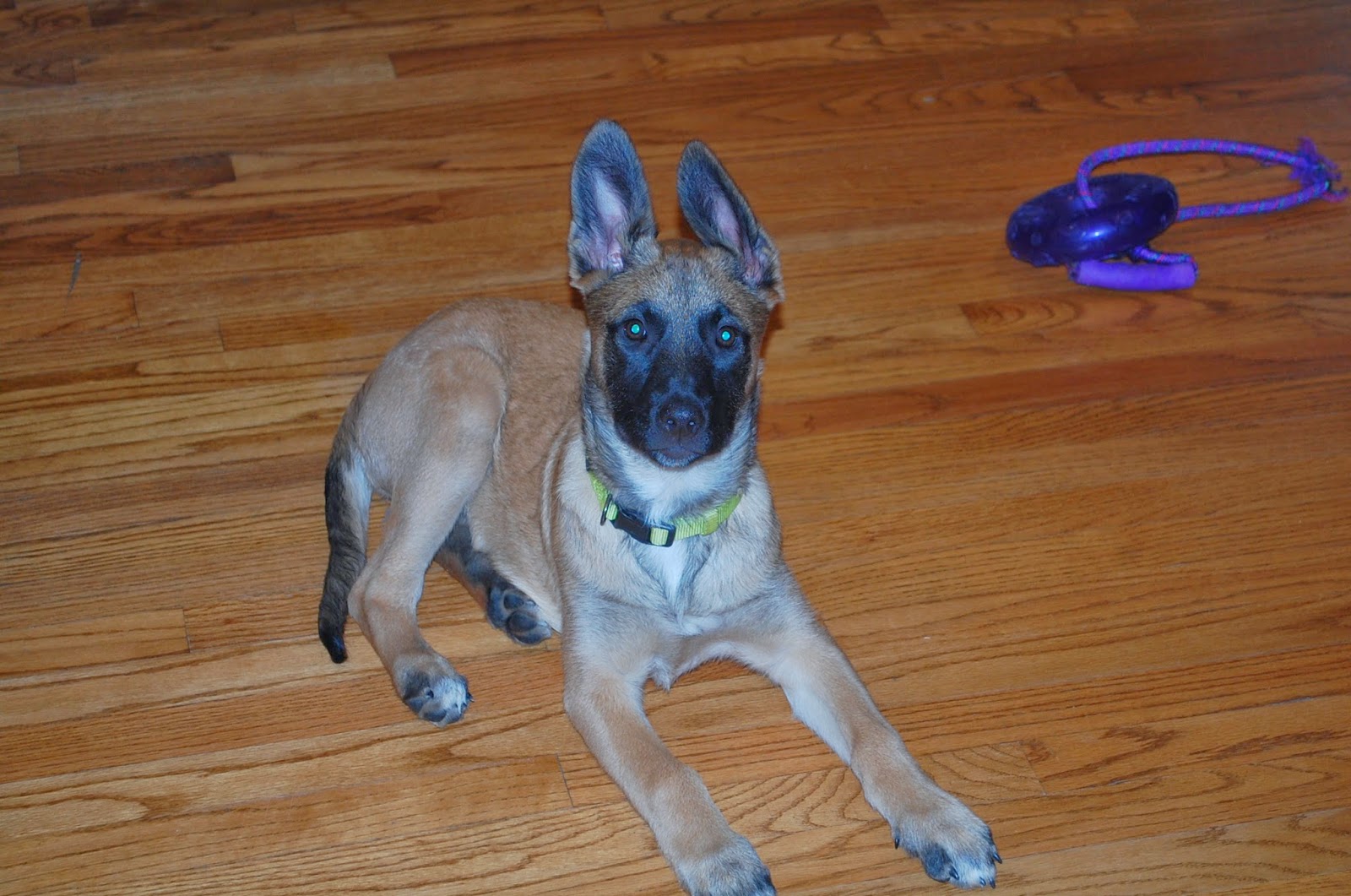 Though I have been itching to get my hands in the dirt I dare not do too much until the weather stabilizes a bit more. I have contented myself with cleanup chores. The front beds have been tidied up but others are being left under the cover of leaves. Many bulbs and daylilies are peeking out of the ground. Not yet I say, not yet... 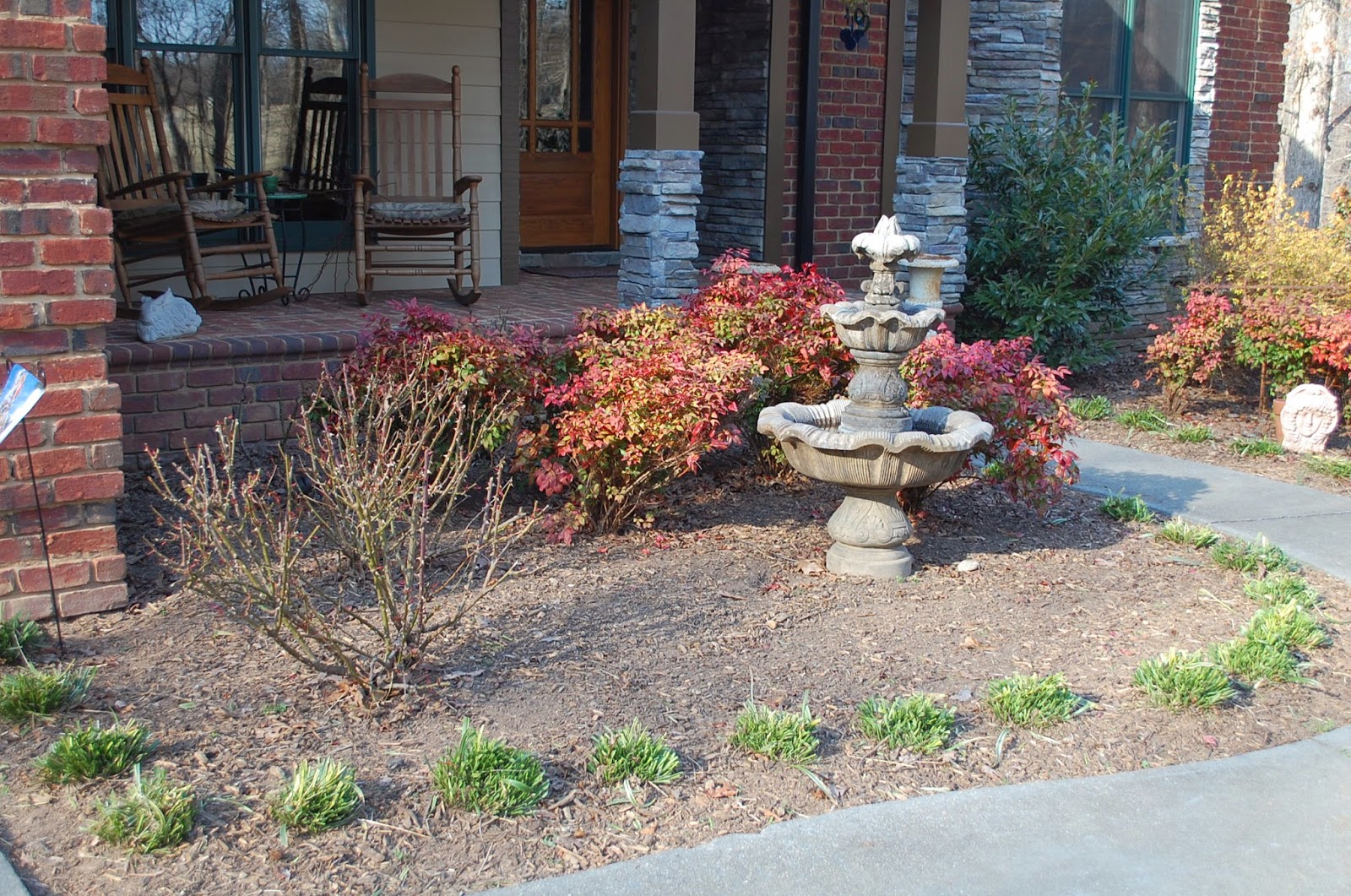 The first lamb was born this past week. A lovely little Jacob/Icelandic cross ewe. 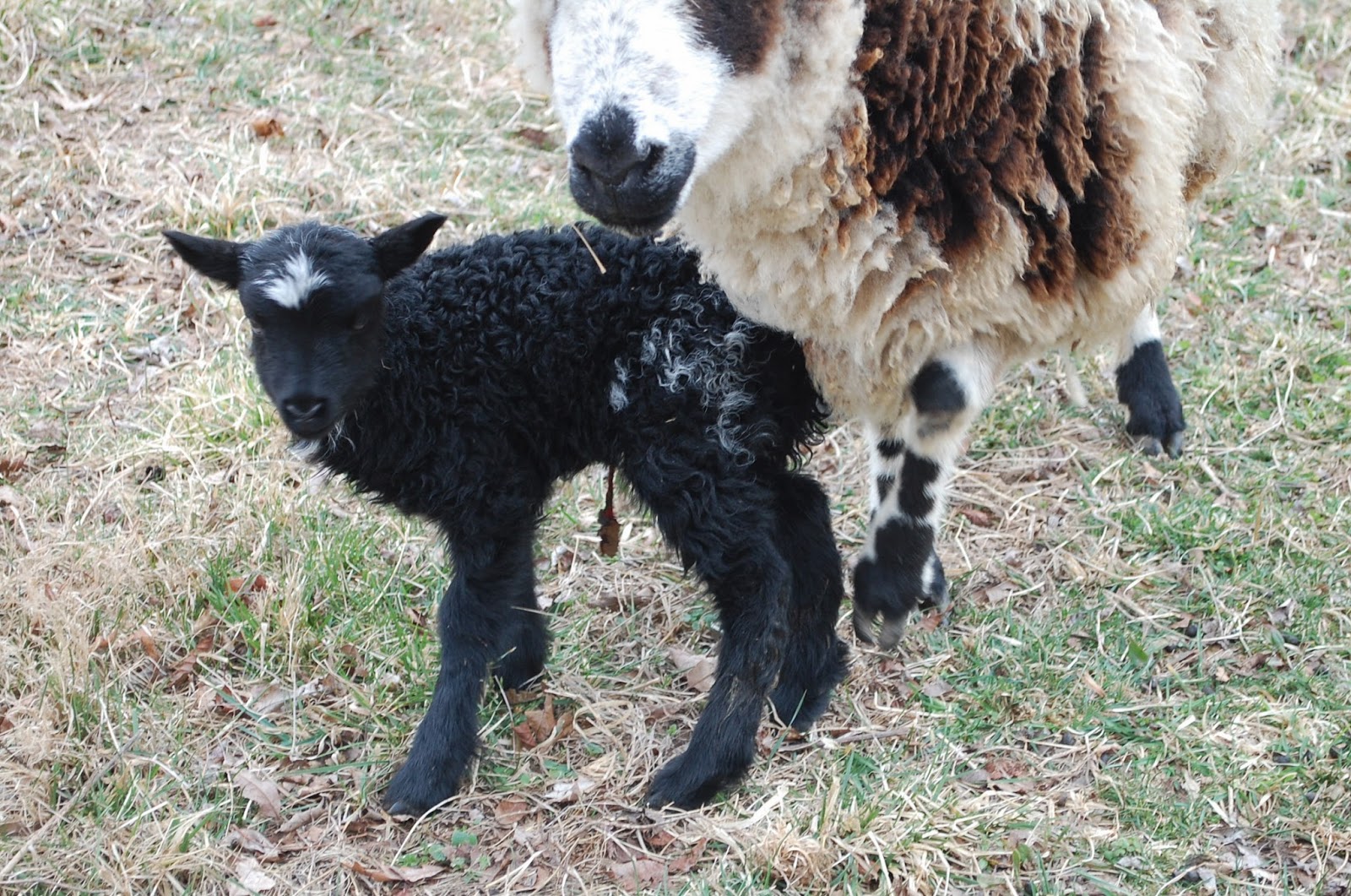 The coming weekend is supposed to be the beginning of several days in a row of warmer and more stable temps. Let's hope so!
Posted by life on the homestead at 11:31 AM No comments: