I was supposed to work today but my boss got in last night and I did not have to go in. Yeah! Today will definitely be a catch up day.

Luke is in for the weekend so he helped his dad do all of the mowing chores. I headed to the lower garden where the fillet beans were waiting to be picked. They were loaded. It took two hours just to pick the row and it was not even a full row. Prolific little buggers, those beans! Over a bushel! I am not a fan of frozen green beans but plan to freeze a few to see how they taste when steamed or sauteed. 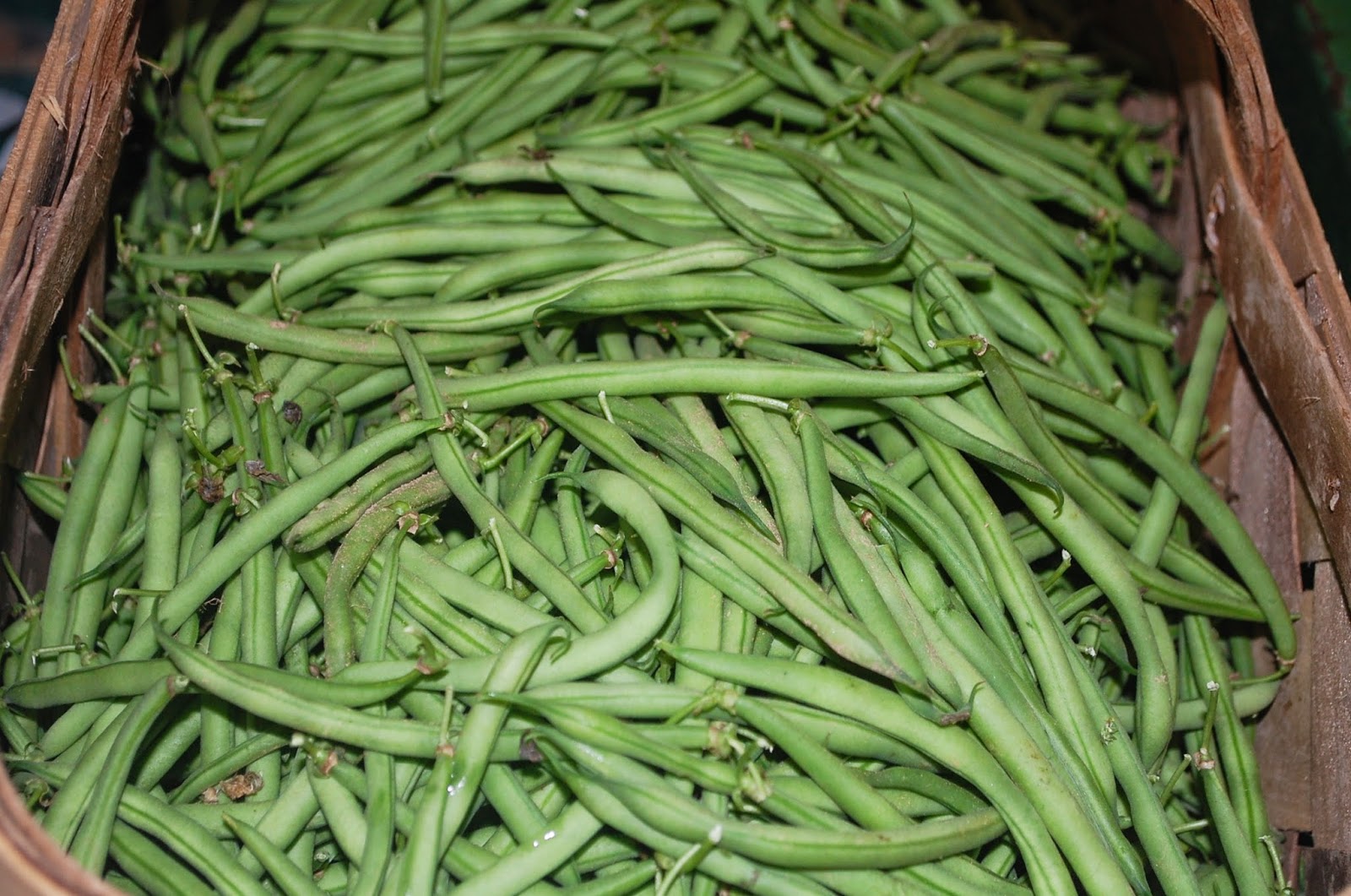 I also harvested about a dozen heads of cabbage, cutting just the buggiest to salvage what I could. The rest look ok and there are still at least that many more to pick. I can't wait to make some sauerkraut. 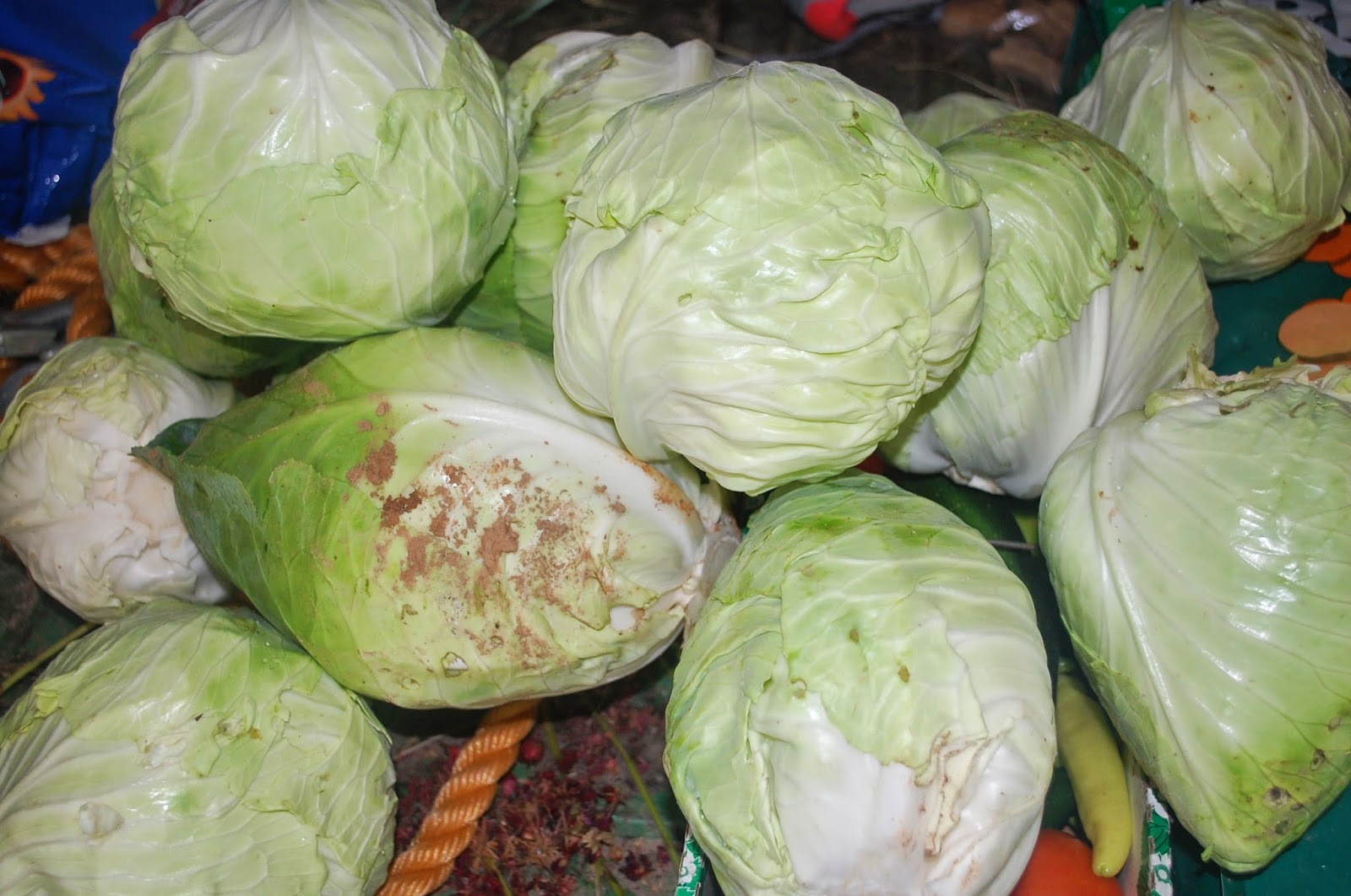 In the upper garden, tomatoes were tied up once again and huge amounts of squash, cucumbers and banana peppers were picked. The green beans in that garden are done. I picked was was left on the vines. Most were quite large and beginning to get a bit buggy but still about a bushel of those as well. They will become "french style".

Luke started plowing the lower pasture to get it ready to plant millet later this week. We are late getting it in but hope that we will still get some grazing from it. Doug plowed the green beans, snow peas and the corn that didn't germinate up. Tomorrow we will replant the corn and put in some late beans, squash and crowder peas. 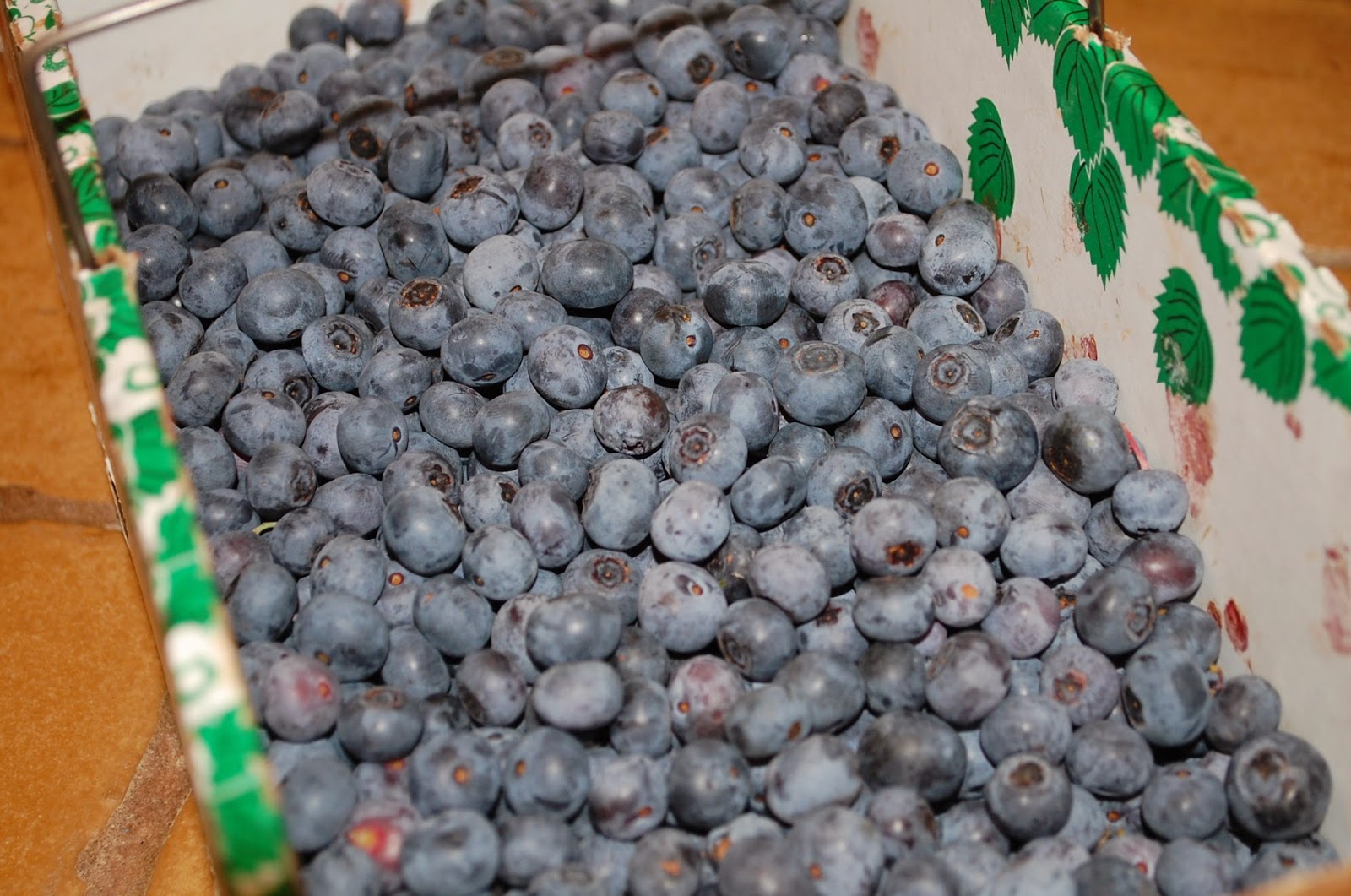 The blueberries are starting to ripen. About every other day we are getting about 1/2 gallon. So tonight I mixed up the soaked oatmeal pancakes and in the morning we will enjoy them with fresh berries and maple syrup.

We have already harvested more from our garden this year that the whole summer last year. Last year was a very bad year and so I am trying to replenish the freezers and pantry that have become almost barren.