It was a very long day here on the homestead. It started at 5 a.m. when I got up to get the sourdough bread in pans.
After dropping bread and cleaning the kitchen I went to help Doug. He is building an addition on the equipment barn and had to clear for a new driveway to it. We hauled several loads of branches and downed limbs from the area. 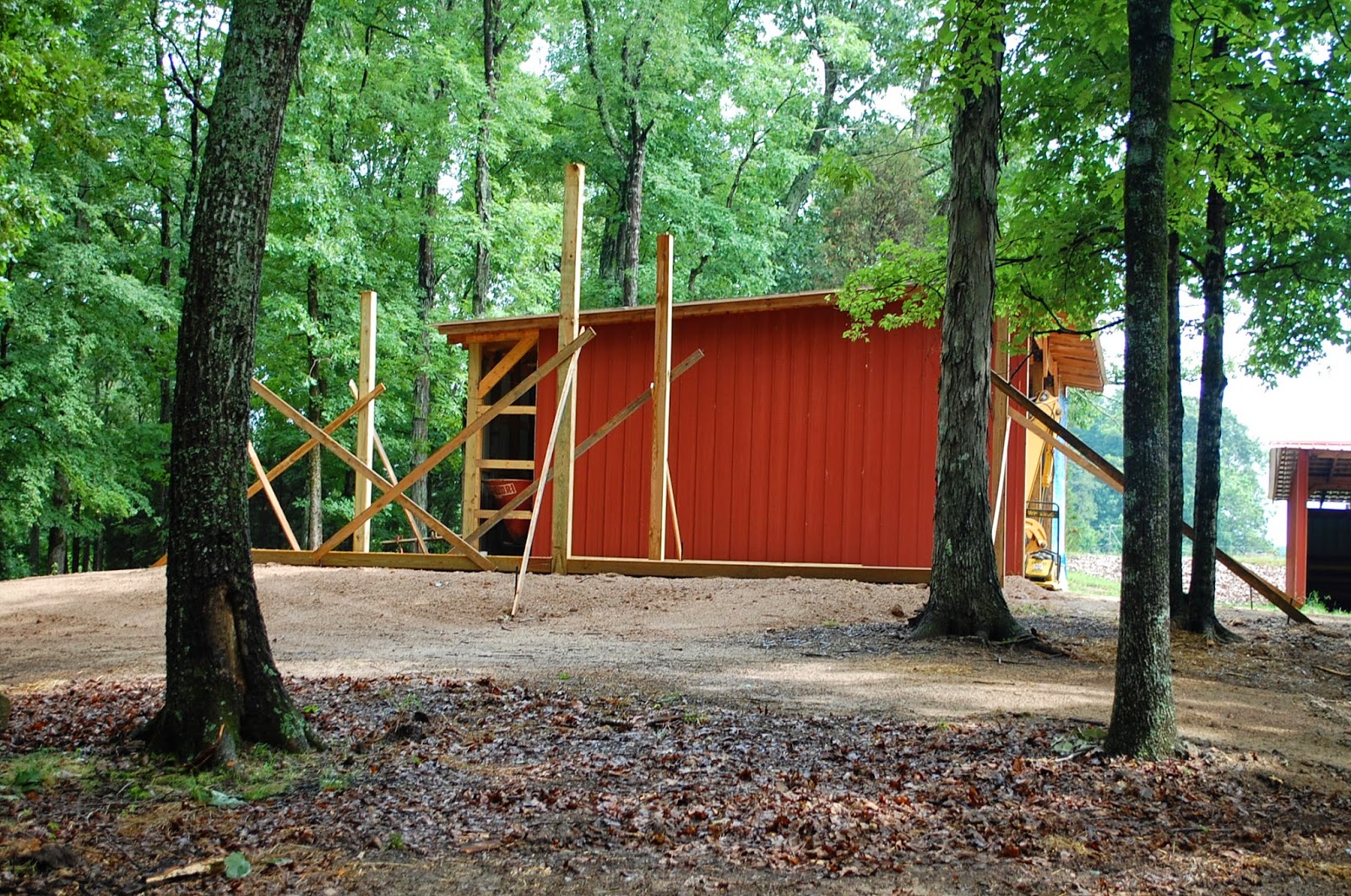 Next on the list was to fill the new asparagus beds. My sister and mom had started the crowns several weeks ago from the great find at Lowe's and they were ready to be put out. The old fence line was torn out last weekend and Jill's hubby tilled around the beds. Doug filled them with good topsoil. We mulched heavily around them and tomorrow plan to put more veggies in between. 72 crowns were planted! We grabbed a quick bite of lunch and were off the fix the fence line that had washed away several months ago. The pasture was full of good grazing and the dairy goats needed to be moved there. The gully was so deep the fence was suspended three feet in the air. We took down the old fence and while Doug was filling the hole with dirt I fed and tended critters. A good friend stopped in to help with the sheep that was bitten by the copperhead. While cleaning her up last night I discovered a second bite and though Doug tried to be patient he had gotten really weary of holding her. We worked on her and got the areas really good and clean. She had done remarkably well and to be honest, as badly as she was bitten, I am surprised she survived. She has been a trooper though and is going to be fine. After she left I did a few yard chores and watered plants. Once the gully was filled and tamped well, we stretched the fence back. All of the fence line is getting old and will have to be replaced soon but for now it is safe again from predators. The goats were in heaven! 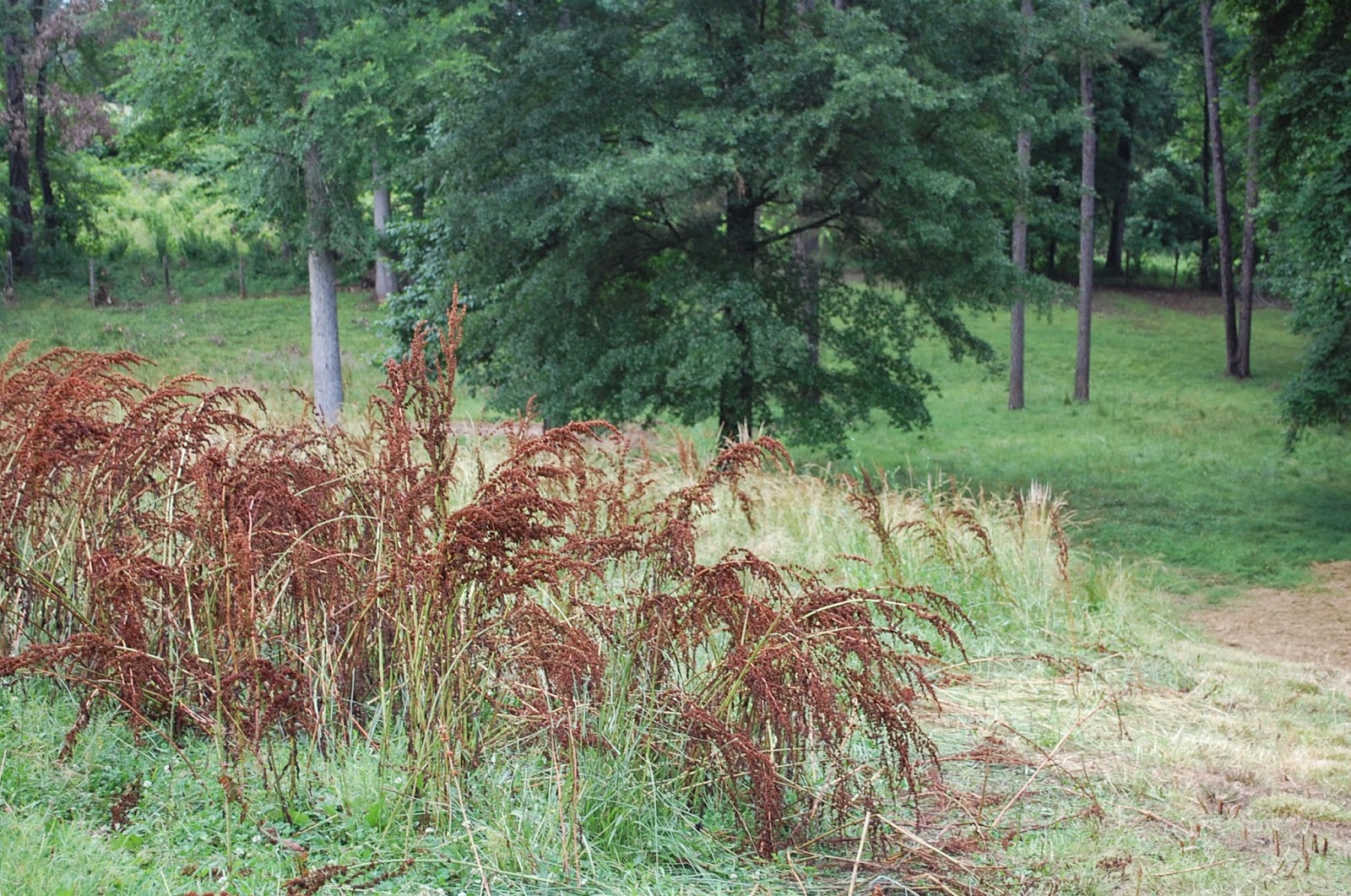 We called it a day at 6:30, tired but thankful for the farm and the ability to take care of it.
Posted by life on the homestead at 11:50 AM