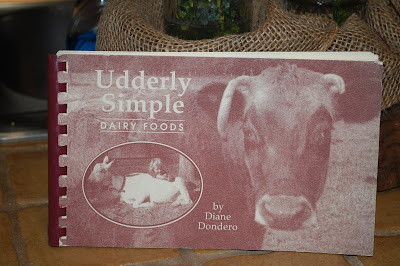 While drinking coffee this morning I flipped through this sweet little book that I have had forever. It was written in 1991 and I refer to it often for simple dairy recipes. My fridge is now loaded with several gallons of milk and I need to use some up. My favorite recipe in this book is for Panir cheese, sometimes referred to as fry cheese because it doesn't melt. WHAT? A non-melty cheese? Absolutely. I like to season it and fry in a little butter (sometimes I go so far as to bread it too!) It is nice to crumble in salads or toss in a veggie stir fry. The best part is that it is so easy to make.

I skimmed the cream from the milk (butter tomorrow) and measured 2 gallons. In a large pot I heated the milk stirring occasionally until it reached 185*. Then I slowly poured 2/3 cup of white vinegar into the milk while stirring slowly. It will curdle almost immediately. Once it curdled I ladled into a mold layering the curds with salt. 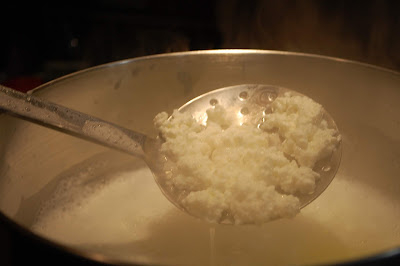 Then I placed a heavy bowl full of water on top (primitive but it works!) and let it sit while I finished evening chores. 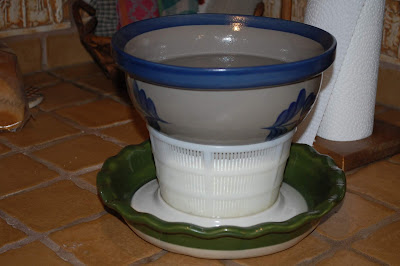 After a couple of hours of pressing I unmolded it and there was my beautiful block of Panir cheese. 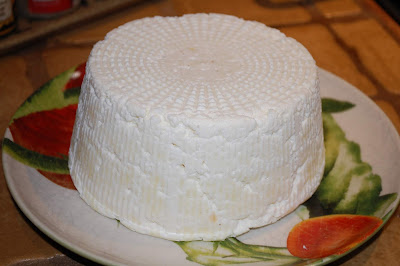 Posted by life on the homestead at 5:00 AM