Busy Morning In The Kitchen

Ms. Violet is blessing us with lots of milk. On the top of my to-do list was to make cottage cheese for stuffed shells that I plan on making Monday for supper. I had hoped to get yogurt made but that didn't happen. I also had more mushrooms to can and dehydrate and this go round I planned to canned the mushroom stock.
The first thing I did (besides drinking coffee and rotating dogs ;-)) was to rinse the mushrooms and put them in the dehydrator. I had enough for 7 trays. 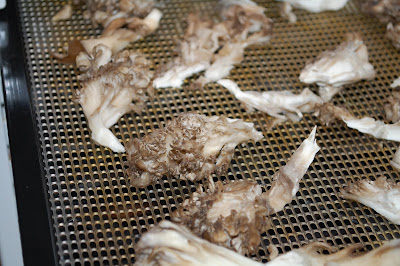 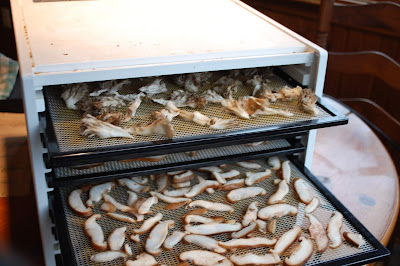 Next I started the cottage cheese. I heated the milk to 90* added some buttermilk and rennet and set it aside to do it's thing.

Then I started on the mushrooms to be canned. Since I was keeping the stock this time I washed them really well. I sliced...and sliced...and sliced. I was just getting mushrooms ready to go in the canner when a friend that wanted to visit and learn about homestead stuff arrived. Her extra set of hands came in handy. 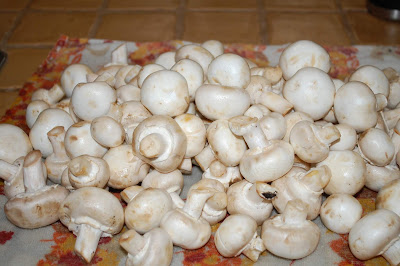 While the mushrooms were processing we strained the stock and I put her to work bringing the cheese up to temperature and stirring it until it was done. I jarred the stock and got it in my other canner. 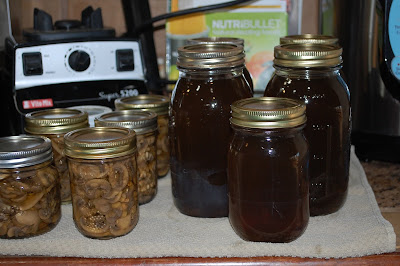 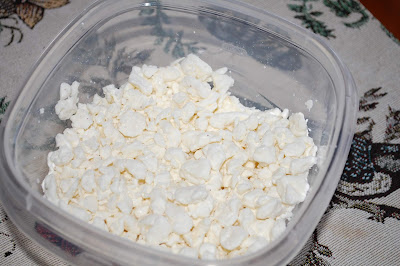 We drained the cheese and when the stock was done we headed to the barn to feed and milk. She is practicing milking. Now back to the house to strain milk, jar it and get her on her way. I made butter from the cream I had skimmed this morning. At this point we have more than we can eat so I am freezing it in half cup portions. 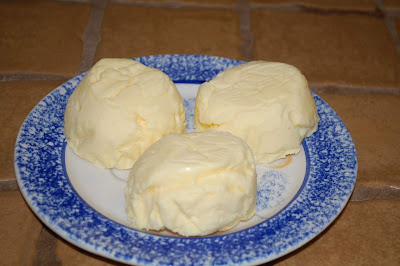 Back down to barn to feed the chickens the whey from the cheese and butter, gather a load of firewood and I was almost ready to call it a day! Last thing to do was cook up a bunch of marked down meat for the dogs as I am attending a 3 day obedience seminar with 2 of the dogs starting tomorrow. Hubby has graciously offered to feed those days but draws the line at milking. That will get done when I get home each evening.


Happy weekend my friends. I catch up with you the first of the week!
Posted by life on the homestead at 5:43 PM