Visitors In The Night

I knew we had been having some night visitors at the barn. Bags of grain were torn open, cat food was being eaten at a rapid rate and eggs not gathered in a timely manner were disappearing. I was pondering how to capture the critter without catching a cat instead. Well, critter captured itself! This morning after feeding babies I went to get some grain. Thankfully I looked in the barrel before scooping it out! 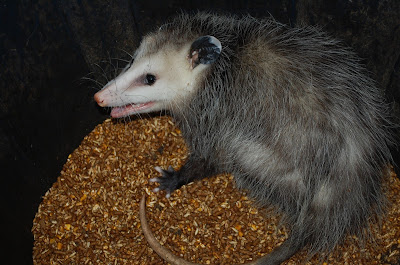 A very unhappy possum had gotten himself in a pickle. Climbing out of the grain bin was obviously not as easy as getting in.
Though it has sprinkled rain last night we decided to go ahead and at least till one row for the onions. Doug was home at the time of my discovery so I put the lid on the can, drug him to the truck and had hubby relocate our visitor. 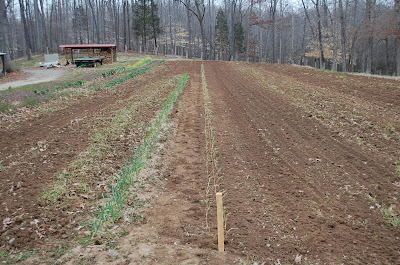 After Doug left, I got busy planting. I had about 8 bunches in the ground when Mom arrived with our meat birds. Though I had only ordered 35, due to a mix up I ended up with 45. She helped me set the last 4 bunches. Since I had not gotten the brooder floor repaired it looked like I was going to have chickens in the garage for a couple of days. Unfortunately it was still too chilly in there and I ended up moving them to the laundry room. Animals in the laundry room do not make Doug the happiest of campers and I figured that would make sure the brooder got fixed in a hurry! 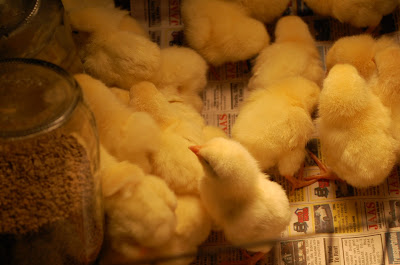 Posted by life on the homestead at 5:52 AM