It was a beautiful day here on the homestead. Though still too wet to do garden chores, there are plenty of critter things to be done.
Number one, was to go through my bee hives. Sadly I lost both over the winter. One hive was already weak and I feared it would not make it but the other one was very strong  so I was a bit surprised.
I am almost certain they froze. The strong hive had several full frames of honey. Just a huge dead cluster of bees. I felt like crying. The good news is that I have 2 nucs coming the first part of April so those bees will have a tremendous head start. All the frames are drawn out and honey to boot. I cleaned everything up and sealed the entrance. They are ready for the newcomers. 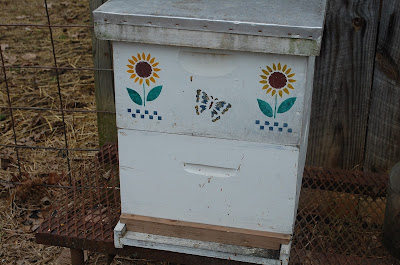 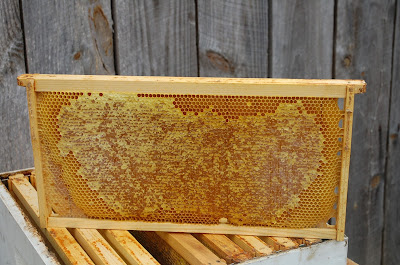 Next on the list was to help sis deworm the pigs. This is never an easy chore and today was no better. We worm orally and last time the wormer was placed in hollowed out apple quarters and the pigs just ate them. Well, not this time. Apparently they got savvy to the apple trick. We pondered what to do and decided to try some mandarin oranges and tomatoes. I headed back home to get some and check on a sheep that was acting strangely. 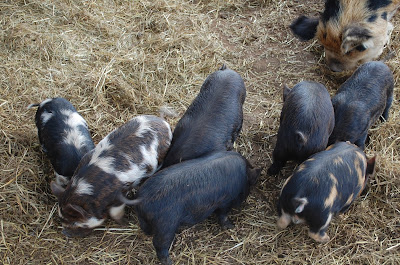 She was still hanging at the back of the field so I decided to put her in the barn for the night. She is a 10 year old ewe that was supposed to retire but I suspect she may be expecting. Obviously she didn't get the memo. The trek was relatively short but she was be obstinate and it to me 40 minutes. After she was settled with hay and water I grabbed oranges and tomatoes and went back to finish pigs. That was about as useless as the apples. The full dosage would not fit into either of the fruits. Ugh Ugh We split it between and an orange and a tomato. Today pigs do not like oranges. Only tomatoes. We gave up for the day. 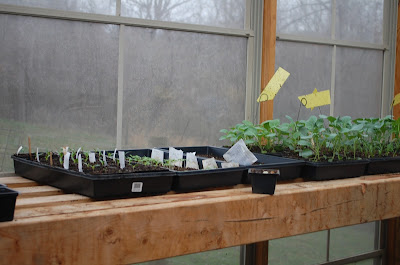 I took a quick peek in the greenhouse to admire all the pretty plants and went home to start supper. Just another day on the homestead!
Posted by life on the homestead at 10:11 AM