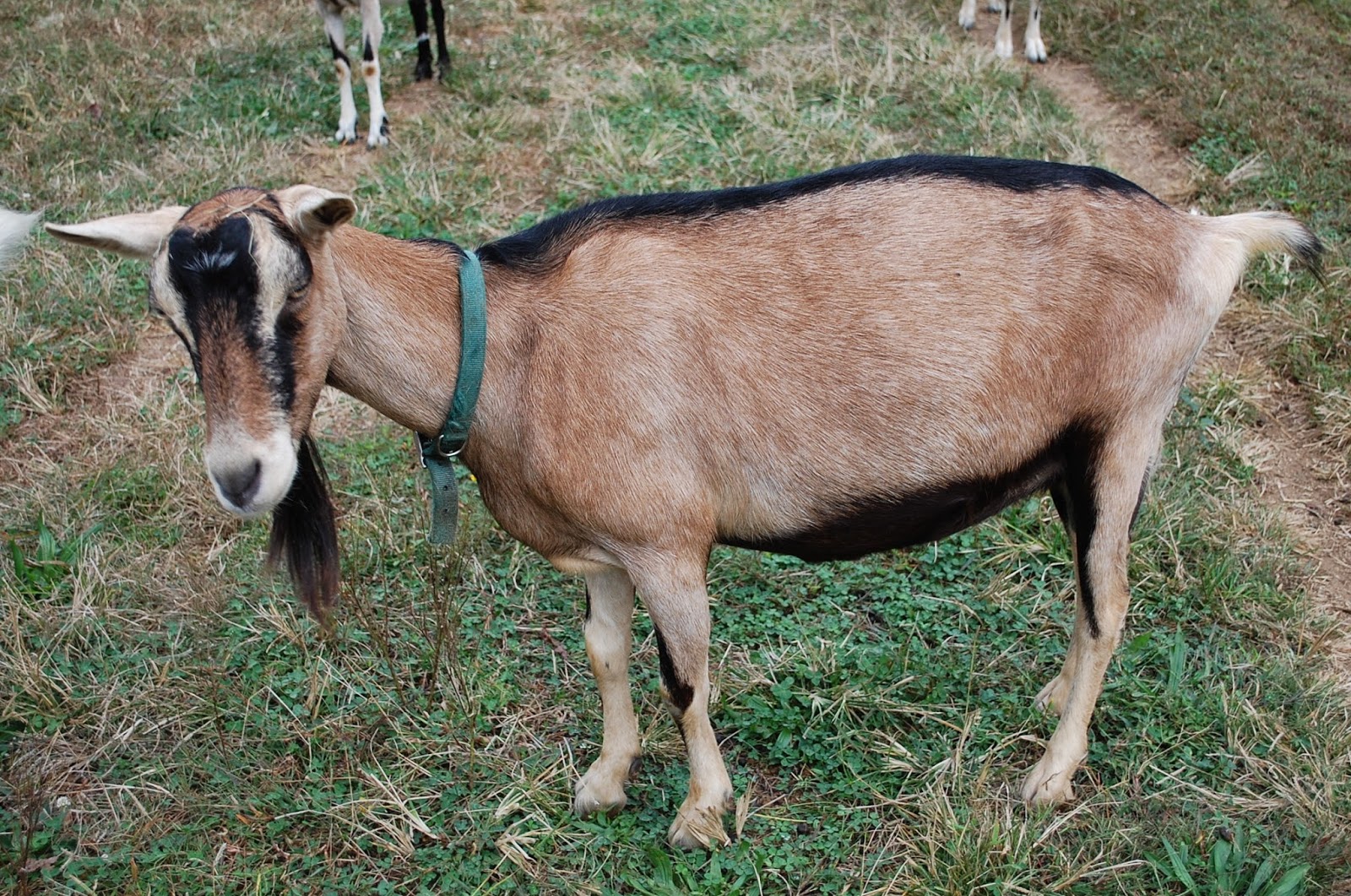 I had to work yesterday and just before getting off Mom called to tell me one of the dairy does did not come down to eat and she thought she may have kidded. Being that it was a cold and windy day, as soon as I got home I went to check her. Unfortunately it was not babies that greeted me but a terrible case of bloat. I went to work on her immediately, dosing with oil and baking soda. I had her up and down and massaged her belly to try and get her rumen moving. Several hours later I thought we had gotten over the hump and I fell into bed exhausted and cautiously optimistic.
Early this morning Doug checked her and said she seemed to be ok. I mixed up a homemade electrolyte solution to take to her but when I got to the barn she was not ok and I quickly put a call into the vet. He arrived several hours later. She was not doing well at all at this point and he gave her a 50/50 chance at best. I took it and we started with pain meds, antibiotics and finally fluids to get her hydrated. As I held her in my arms I suddenly could feel a change and looked at my vet. We are loosing her, aren't we, I asked. He nodded. Put her down. Don't let her suffer anymore. He did.
Linnea was one of my favorite girls. I had her as a week old kid and for 7 or so years she has been my heaviest milker and queen of the barnyard. Not only did I loose her, I lost the kids she was carrying.
Today I have shed many, many tears. Angry at myself for not making a quick check before work, angry that because of some old fence lines that have to be replaced the goats are not where they normally are kept, making it harder to keep a close eye on the girls. So, tonight Doug buried my love on the hill with a view (his words) and promised we would get the fences taken care of very soon.
What happened? The best the vet and I could figure is that she had overeaten grain. She tended to be somewhat of a pig and being that she was heavily pregnant she just didn't have the space to consume the amount of feed she normally would. Most likely she pushed the other doe out of her food and in doing so caused the bloat.

Posted by life on the homestead at 5:32 AM