Oh lucky me! I have been gifted with a bag of fresh morels. The first thing I did with them was to stuff with goat cheese, bake and devour. Next I sauteed a large pan full with just butter and garlic salt. But in order to savour the flavor for months to come I needed to dehydrate the rest. 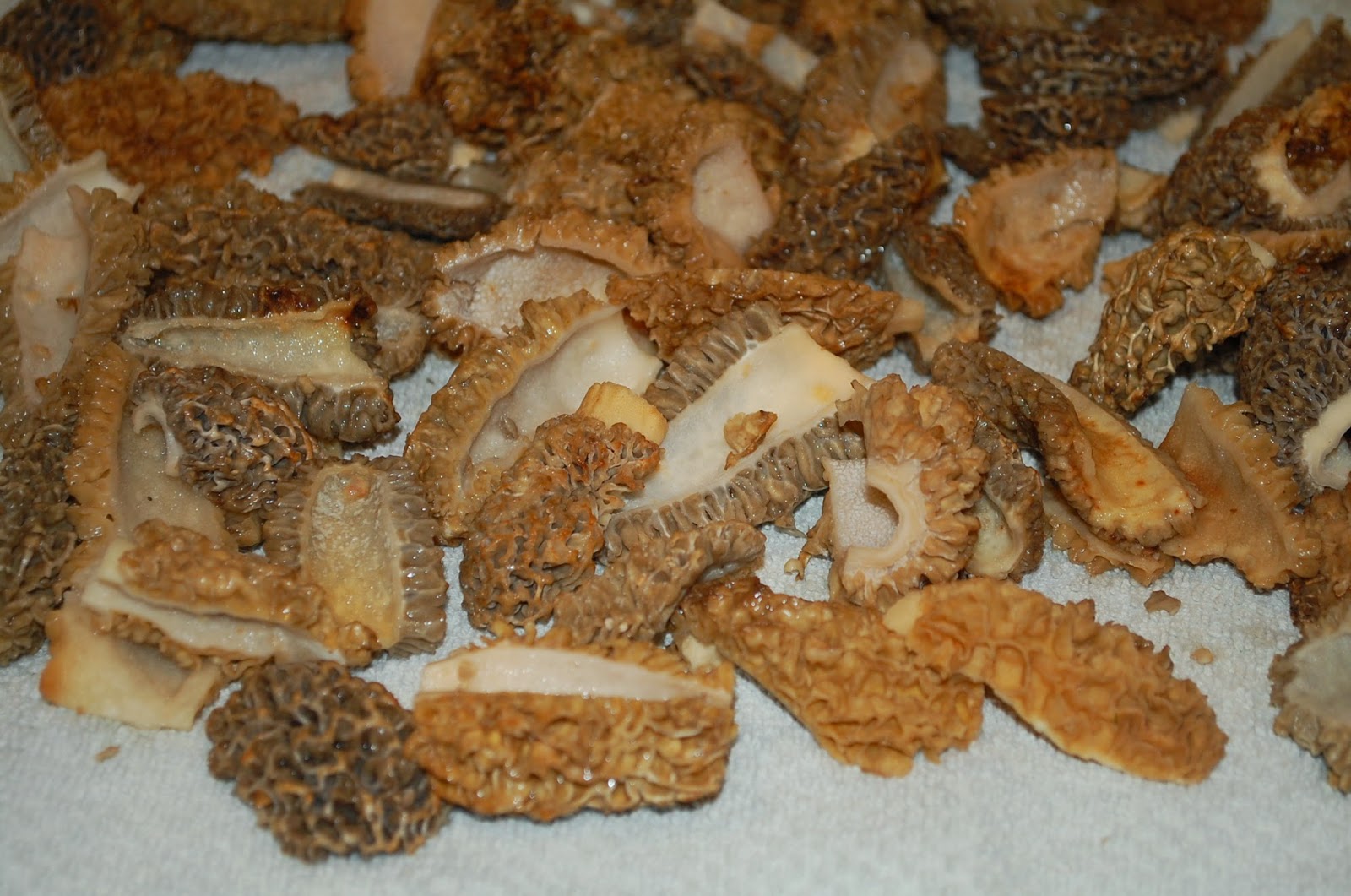 First I sliced them in half and gave them a good rinse. I layed them on towels to drain and patted them dry. 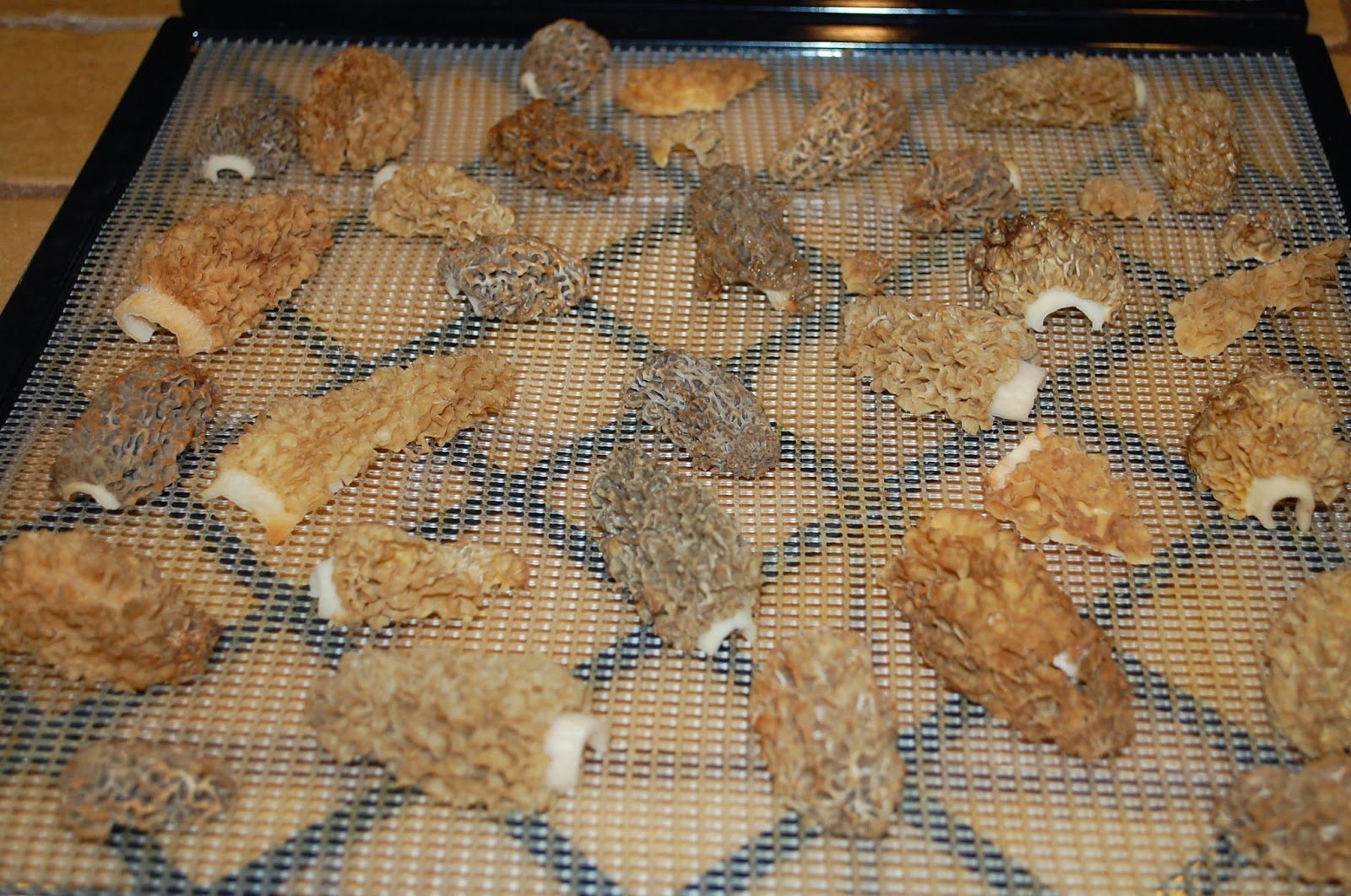 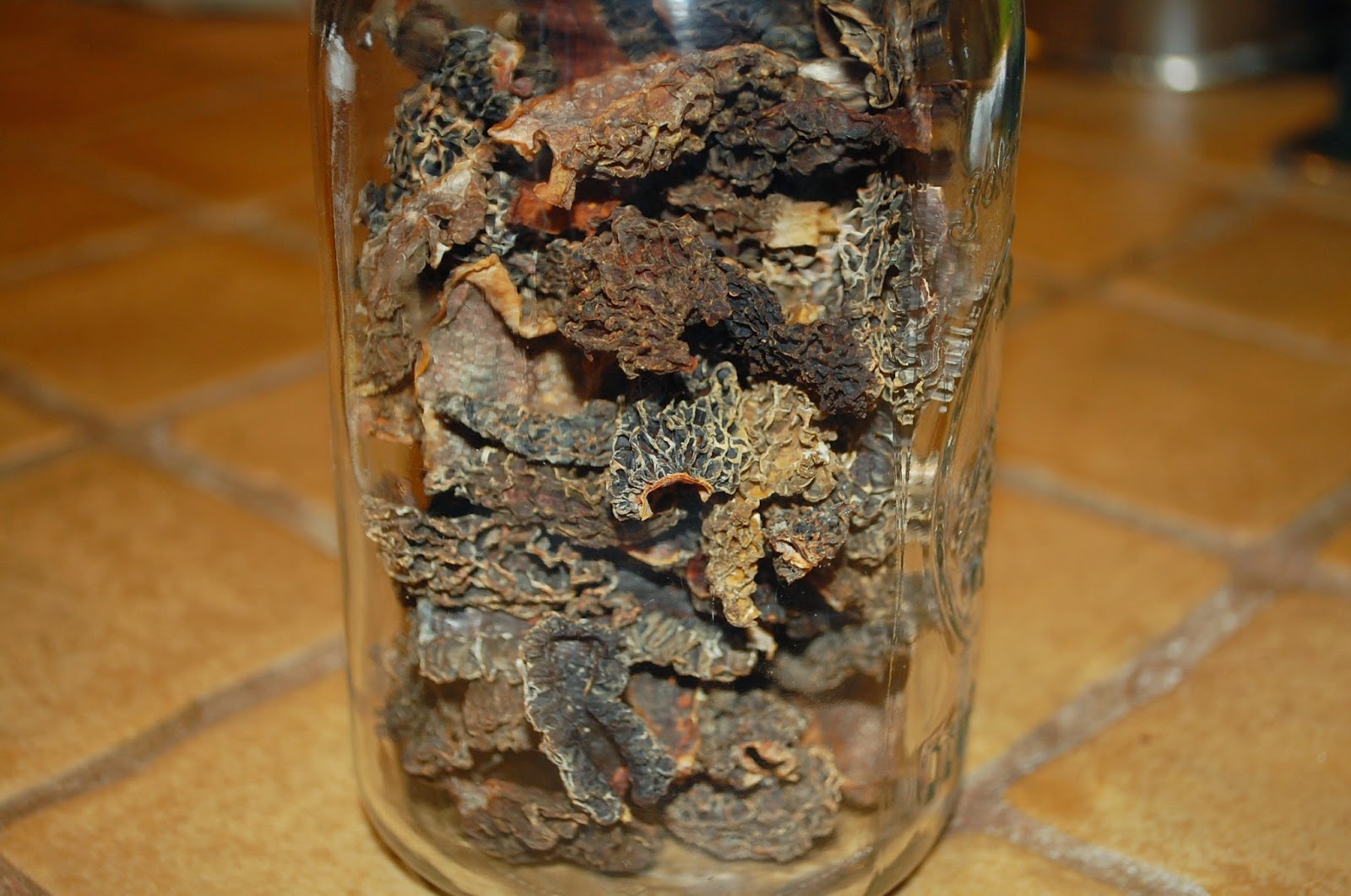 When they were dry enough to snap I put them in a jar with a tight lid and into the pantry they went. A tasty treat  to be enjoyed later!

Posted by life on the homestead at 5:27 AM