And so what have you been doing you may ask. Well, a lot. I'll recap some of the highlights and follow up with some more in depth posts.
The number 1 thing that keep us busy was a huge landscaping job. We put a pool in about 10 years ago and over the years the soil had washed and built up along the stone wall around the pool. The last 2 years have been an absolute nightmare because every time it rained heavily water and mulch would cascade over the wall, cover the drains on the decking and proceed to go in the pool. Last Fall I threw up my hands, said enough and shut it down. Hubby drew up a plan over the winter and once it warmed up the project began. We had to have several large trees removed. Doug and I spent every weekend for almost 3 months working out there. We also had to drain the pool since it became home to thousands of tadpoles and 2 turtles. I relocated bucket after bucket to the pond. Mud had to be shoveled out of the bottom, the sides scrubbed and new water hauled in. We laid a stone river bed to slow the water, retaining walls were built, dirt hauled in, sod was laid. The end result is absolutely beautiful. 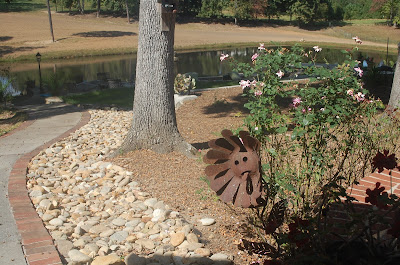 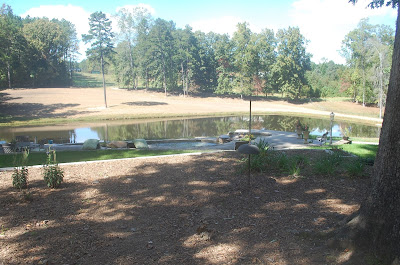 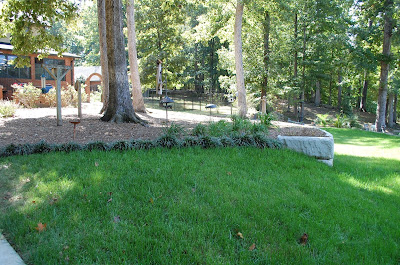 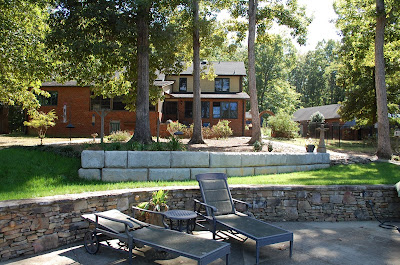 I'm happy to say the pool was in swimming condition for part of the summer, more so by others, but that is ok with me!!

We spent a lot of time cleaning up debris. Storm after storm rolled through and each time we would have trees down. It was so wet early on that we were unable to really tend the garden. The potato harvest was pitiful as was the onions.I did manage to can 4 batches of salsa, green beans and freeze tomatoes. But all in all it ranked up there in the top of worst gardens ever.
We have added 17 more acres to the farm.
I have retired from bread baking as well as my job.
The dog kennels and new fence was put up.
I have become a foster for a local rescue.
It was a sad summer as many of my old animals crossed the rainbow bridge. The latest being a 13 year old saanan. :-((
My soap business has really ramped up!
A friend had to get rid of her livestock so we bought back the 2 goats we sold her along with her flock of chickens, 2 more ducks and a goose named Ed.
The Fall garden in in.
The fields have been plowed and are ready for seed.
After 3 1/2 weeks of no rain we may possibly get some this weekend.
And there ya have it! Life on the homestead!